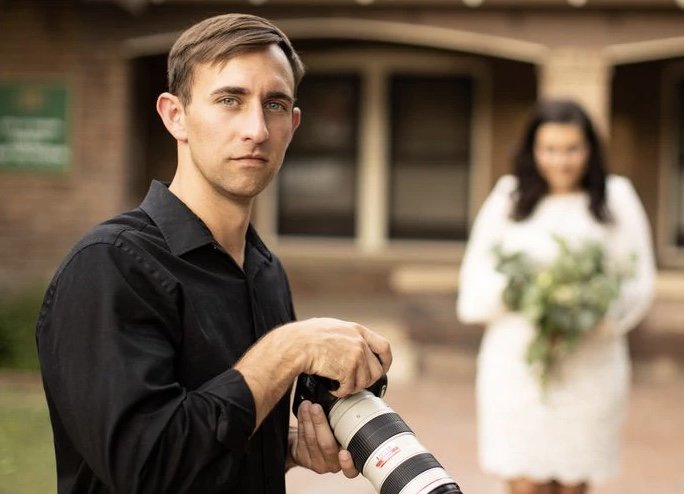 The lawsuit, filed in the U.S. District Court for the Eastern District of Virginia, argued that Herring’s refusal to take pictures of homosexual “weddings” has nothing to do with the homosexual persons themselves, but with the content of those pictures. He “cannot create some content for anyone no matter who they are — whether that be content promoting pollution, pornography, or certain views about marriage.”

However, the lawsuit continued, “(i)t’s this last editorial judgment … that Virginia finds objectionable — threatening to fine Chris into bankruptcy for not creating photographs and blog posts he objects to.”

The state of Virginia interprets the “Virginia Values Act” to mean Herring would be forced “to do more than serve LGBT clients (which Chris already does). Virginia instead requires Chris to promote content he disagrees with — to create and convey photographs and blogs celebrating same-sex weddings because he does so for weddings between a man and a woman.”

“The law even makes it illegal for Chris to hold a policy of photographing and blogging about weddings only between a man and woman or to post internet statements explaining his religious reasons for only creating this wedding content,” the complaint added.

“Because of Virginia’s new law, Chris faces an impossible choice: violate the law and risk bankruptcy, promote views against his faith, or close down,” he summarized. “No matter one’s views on marriage, we all lose when bureaucrats can force citizens to participate in religious ceremonies they oppose, speak messages they disagree with, and stay silent about beliefs they hold dear.”

Herring, in turn, emphasized, “It isn’t the state’s job to tell me what I must capture on film or publish on my website. My religious beliefs influence every aspect of my life, including the stories I tell through my photography. If you’re looking for someone to photograph a red-light district or promote drug tourism, I’m not your guy.”

“Now Virginia is trying to intimidate creative professionals like me to change some of my other religious beliefs,” Herring added. “I happily work with and serve all customers, but I can’t and won’t let the state force me to express messages that contradict my beliefs.”

Of all days, Democratic Virginia Gov. Ralph Northam had signed the “Virginia Values Act” on Holy Saturday, the day before Easter Sunday.

While progressive advocacy groups and some political observers applauded the move, claiming it will simply protect against discrimination in public employment, housing and credit on the basis of sexual orientation and gender identity, Gregory S. Baylor of Alliance Defending Freedom had warned about the bill in January.

“Every Virginian deserves to be treated with dignity and respect. Unfortunately, laws that elevate sexual orientation and gender identity to protected classes have a proven record of undermining both fairness and freedom for all citizens,” Baylor said. “While Virginia’s delegates claim that their new legislation would stamp out such discrimination in public accommodations, housing, and employment, these bills actually promise to harm women and girls, undercut the First Amendment, and place a special burden on people of faith.”

“Whether they intend to or not, Virginia lawmakers who support sexual orientation and gender identity bills are choosing to coerce uniformity of thought and speech on beliefs about marriage, sex, and gender,” he said.

Previously, Gov. Northam had signed a bill into law that prevents parents from seeking counseling for their children who are experiencing unwanted same-sex attractions or gender confusion. The law prohibits what it calls “conversion therapy” of people under 18 years of age.

The term “conversion therapy” is defined as “any practice or treatment that seeks to change an individual’s sexual orientation or gender identity, including efforts to change behaviors or gender expressions or to eliminate or reduce sexual or romantic attractions or feelings toward individuals of the same gender.”

At the same time, the new law does not cover “counseling that provides acceptance, support, and understanding of a person or facilitates a person’s coping, social support, and identity exploration and development, including sexual-orientation-neutral interventions to prevent or address unlawful conduct or unsafe sexual practices, as long as such counseling does not seek to change an individual’s sexual orientation or gender identity.”

The Family Foundation, a Virginia pro-family organization, explained the bill before it was passed as allowing “licensed professionals to provide ‘acceptance, support, and understanding’ to a minor undergoing ‘gender transition’ or exploring unnatural sexual desires.”

“That’s right – a counselor could encourage a young boy to ‘transition’ into a girl, but would be prohibited by law from helping that same boy understand and affirm his identity as a boy!” the organization wrote.

Gov. Northam has been heavily pushing in his state not only gender ideology but also abortion. On Good Friday this year, he signed the so-called “Reproductive Health Protection Act,” loosening several protective restrictions for unborn babies that had previously been enacted.

“We are deeply saddened and disappointed by his signature of this legislation,” wrote Bishop Michael F. Burbidge of the Diocese of Arlington and Bishop Barry C. Knestout of the diocese of Richmond in a joint statement.

“The legislation signed by the Governor repeals health and safety protections at abortion facilities, allows non-physicians to perform first-trimester abortions, and removes essential informed consent requirements, including the opportunity to view an ultrasound,” they continued.

“Over the past eight years, abortions have decreased by 42 percent in Virginia,” they pointed out. “Tragically but undoubtedly, these changes to our state law will reverse that life-saving progress and increase the number of abortions.”

“Governor Northam’s so-called Reproductive Health Protection Act has nothing to do with health or keeping women safe,” declared March for Life in a tweet. “It’s simply another step from a pro-abortion governor seeking to make abortion as widespread as possible in Virginia.”