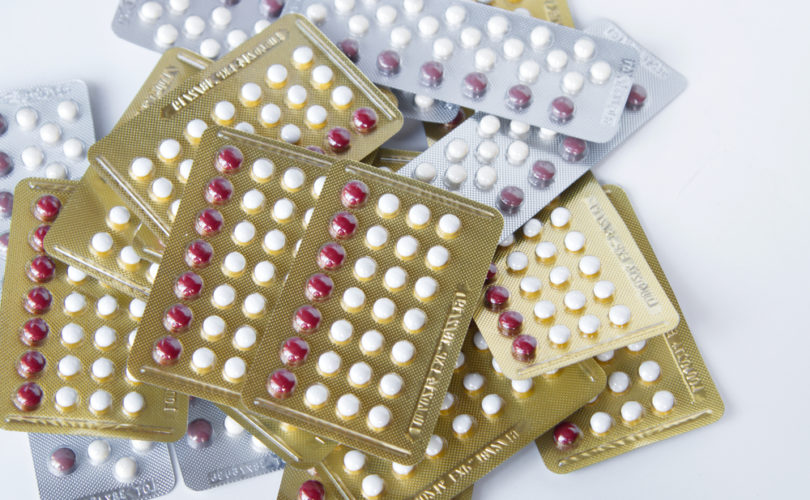 July 20, 2016 (LifeSiteNews) — Contraceptive pills impair a woman’s ability to process her emotions and to have empathy for others, a recent study revealed.

Published in the June edition of European Neuropsychopharmacology, the study by German neuroscientists Sina Radke and Brigit Derntl of Aachen University analyzed 73 women and their ability to empathize.

Eighteen women were not taking oral contraceptives; of the 55 who were, 25 were on a “pill free” week.

They were tested in three areas: emotional recognition, perspective-taking and affective responsiveness, according to a report on the Irish website her.ie. While there was little distinction in participants’ reactions in the first two categories, there was a noticeable difference in the affective or emotional responsiveness of the women on their “pill free” week.

The latter had much lower scores when asked to identify their emotions in response to an hypothetical scenario than did the women currently taking the pill.

The data “indicate impaired emotion recognition in OC [pill] users compared to naturally cycling females,” the researcher noted. “If oral contraceptive use is linked to a reduced ability to recognize emotions, this might ultimately have negative consequences for relationship quality … by leading to more conflict.”

Given the “widespread use of oral contraceptives across the globe,” she added, “effect of them are of interest to millions of users, their partners and society.”

Radke echoes two Austrian researchers who argued in 2014 that more research is needed on how oral contraceptives affect a woman’s brain — particularly the brain of a teenager.

Indications are the contraceptive pill causes structural change in the cerebral cortex, which isn’t fully developed until the mid-20s, wrote mercator.net’s Michael Cook in “Time to take another look at the Pill.” He asserted that 100 million women worldwide use oral contraceptives, many of whom are likely just entering puberty.

Or as the Austrians phrased it in Frontiers in Neuroscience: “As the number of women using oral contraceptives constantly increases, while the age of first contraceptive use constantly decreases down to sensitive neuroplastic periods during puberty, the associated changes in personality and social behavior imply significant consequences for society.”

The pill has been linked to increased rates of “depression, anxiety, fatigue, neurotic symptoms, compulsion and anger” in women, wrote Cook, adding that most research to date has focussed on depression, and “other dimensions, like anger or empathy, have hardly been studied.”

“Public figures as diverse as philosopher Janet Smith and Holly Grigg-Spall, author of ‘Sweetening the Pill’, have been raising the alarm on the many ill effects of hormonal contraception for years,” pointed out Steve Phelan, Director of Mission Communications for the Virginia-based  Human Life International.

“So while this study raises new concerns that the pill has a negative effect on users’ empathetic emotions, it’s actually old news that the pill messes with women’s emotions,” he observed in an email to LifeSiteNews.

“It will be a positive development if this study causes more women to challenge such health authorities as the HHS and others who call hormonal contraception ‘necessary preventive medicine’ while downplaying its risks,” Phelan said.

“The sooner women wake up to the fact that they’ve been lied to about how great contraception is, the better.”

Indeed, there is an abundant and increasing body of evidence on the physiological and, quite literally, lethal effects of oral contraceptives.

The most routinely prescribed pill in the United States is the “combined” OC, a blend of synthetically produced female hormones progesterone and estrogen, and the second most common OC is the “minipill,” which consists of the synthetic version of progesterone (progestin), according to the American National Cancer Institute at the National Institutes of Health.