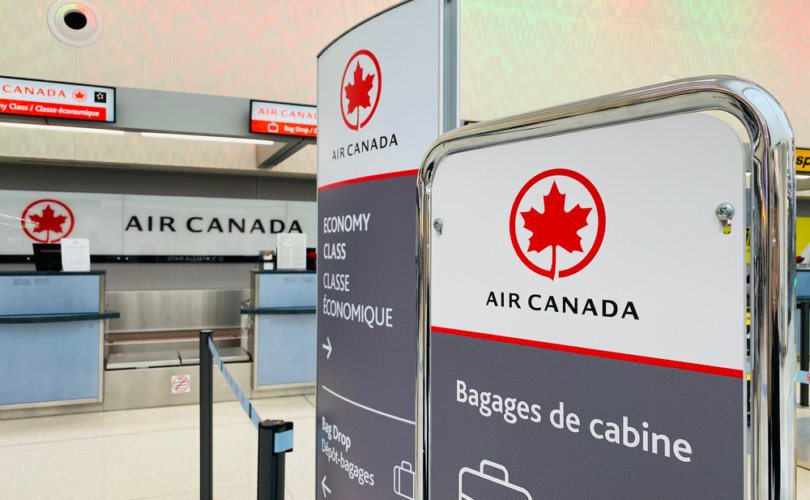 (LifeSiteNews) – A Canadian pilot fired for not getting the COVID shots — along with hundreds of others in aviation axed for not getting jabbed — said people need to start taking a “hard look” at where Canada is headed in terms of people’s overall rights before it’s “too late.”

“If you love your kids, and your grandkids, you need to start thinking about where this is going more broadly because perhaps health freedom isn’t forefront on your mind, we’ve seen over the past year and its continuing, this impacts all of our freedoms, whether its freedom of religion, freedom of conscience, or life, liberty, security of the person,” a pilot named Greg told LifeSiteNews.

Greg was recently fired from his job of 15 years with a major Canadian airline. He has been a pilot for 30 years and asked LifeSiteNews to not use his last name or the airline that employed him.

The pilot and hundreds of others in the Canadian aviation sector are now out of work due to their refusal to concede to the COVID jab mandates the aviation industry has implemented at the urging of the federal government.

Greg told LifeSiteNews that it is not just about COVID jab mandates but people’s overall freedom that is at risk due to overbearing government rules.

He said the time for Canadians to “have the fight” for freedom is “now” to gain public support for the un-jabbed.

“This is going to a dark place and we need to wake up. That middle ground, we have to help them understand where they are going,” Greg told LifeSiteNews.

“What they have done in terms of limiting our movement in this country is absolutely egregious.”

Greg helped spearhead the group “Free to Fly,”along with three others with an aviation background.

“We’re careful, critical thinkers, and we have serious concerns,” Greg said of the group.

The group is composed of 2,500 Canadian pilots, flight attendants, and air traffic controllers who are now out of work due to COVID jab mandates. They are fighting back with a new awareness campaign to tell their side of the story on why they chose to risk their careers rather than get injected.

Since April, the group has worked together to fight mandatory COVID-19 jabs as a condition of employment in the aviation industry, as well as for travel.

In early October, Canadian Prime Minister Justin Trudeau announced unprecedented COVID-19 jab mandates for all federal workers and those in the transportation sector and said the un-jabbed will no longer be able to travel by air, boat, or train, both domestically and internationally.

Greg told LifeSiteNews that Free to Fly “is a selfless group dedicated to the freedoms of every Canadian, that’s regardless of their vaccination status, their employment status, their politics, anything.”

“What we’re about is the freedom of every Canadian coast to coast. I really try and encourage people that are like-minded to speak a little bit less about vaccinations per se, and an awful lot more about freedoms broadly speaking,” he said.

The group’s page currently lists 35,000 members, many of whom are concerned Canadians not able to fly now, in addition to the 2,500 members who were directly employed in the aviation industry.

As of November, both of Canada’s largest airlines, Air Canada and WestJet, now have mandatory COVID jab policies in effect.

Just recently, around 300 WestJet employees were suspended due to not getting jabbed. Air Canada said it has suspended 800 workers who have not had the jabs.

A powerful video was launched by Free to Fly that Greg says features just some in the industry who they “know personally that are suffering the direct consequences of not getting the vaccine.”

The video features a short clip of a pilot from Guelph, Ontario, named Matt who is now out of a job due to jab mandates.

“Leaving aviation was one of the most difficult things I have ever done. It’s more than a job, it’s a lifestyle, it’s a life’s work,” Matt said.

“Free to Fly is essential right now because one of the most important aspects of the modern world is under threat, and that is the ability to travel freely, to explore your world unimpeded by arbitrary laws and restrictions.”

Greg told LifeSiteNews that the group’s hope with the video is to raise public awareness to the fact that Free to Fly members have risked it all for their choice not to get jabbed and that, just like those who got the vaccine, they are humans with families.

Greg said that they are hopeful things will “turn around, but we are also pragmatic.”

“False hope is a dangerous thing, so we’re up against a pretty significant struggle here and there is a lot of conservation in the public sphere of solutions in the law, but what we are seeing, on some levels, is a breakdown of a rule of law,” he said. “There is so much going on right now even from a human rights standpoint that is concerning.”

“The legal piece is important, it’s worth pursuing, and we are, but the far more important piece is for every Canadian to get involved with this … there is a responsibility for every individual to get engaged on this.”

Greg noted that impacting the “public narrative” from the standpoint of freedom is key to helping to turn the “court of public opinion” the favor of those fired for not getting jabs.

“This is not a movement about a narrow portion of society that wants its jobs back, this is a selfless movement that is about freedom,” Greg told LifeSiteNews.

In the United States, many have fought back against COVID jab mandates at the hands of major U.S. airlines, which has resulted in many backing off, such as Southwest Airlines.

There have been reports of pilots who have had the jab and are now experiencing ill effects that has made it impossible for them to fly, such as agricultural pilot from Mississippi.

Also, a recent report highlights how a Delta airlines pilot who had been recently jabbed died mid-flight.