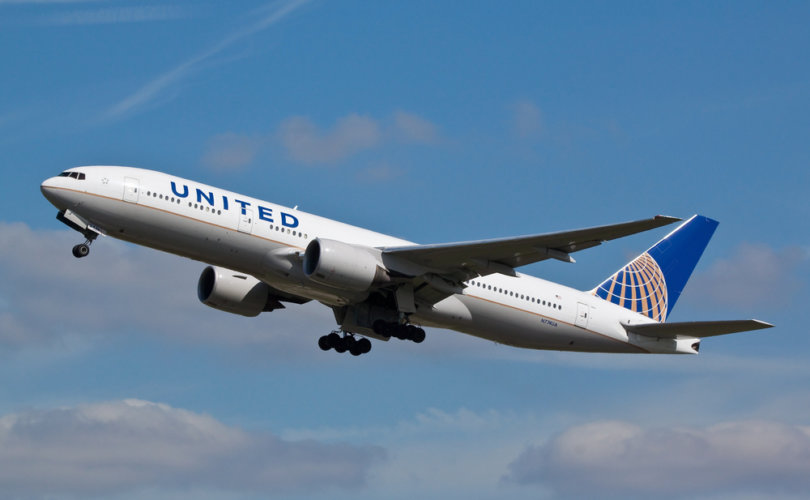 (LifeSiteNews) — A group of United Airlines (UAL) pilots have petitioned a Florida Court seeking a temporary restraining order against the company’s vaccine mandate which they see as dangerous and life threatening not only for themselves but for their passengers.

The 18 pilots —who have a combined total of roughly 200 years of military aviation and 440 years of commercial aviation experience— believe that “United Airlines’ mandate and policies are discriminatory at best, predicated on misinformation or disinformation, and places the pilots and general public at dire risk.”

In May, United reportedly offered its pilots up to $4,500 as an enticement to receive the COVID-19 vaccine as soon as possible.

As of August 6, UAL pilots risk losing their jobs if they refuse the vaccination, now mandated by the airline.

“United has given its employees an unconscionable ultimatum,” they claim, “which among other things, grossly violates numerous provisions of the Constitution: choose between their jobs which afford them the ability to feed, clothe, and house their families – or – take an experimental, life-threatening vaccine which evidence suggests not only does more harm than good; but poses greater risks to those in the airline industry.”

“What is at stake is literally a matter of life and death; not only for the United employees but the public-at-large,” say the pilots.

The pilots assert in their lawsuit that UAL’s COVID-19 vaccine mandate “places them at a particular, significant risk of harm with enhanced possibility of heart failure and clotting working at high altitudes that transport numerous souls aboard their aircraft who entrust the Pilots to fly them safely to their destinations on a daily basis.”

The suit was filed one week after UAL announced its vaccine mandate. According to the court filing:

The mandate requires all employees to be vaccinated no later than five weeks after FDA vaccine approval, or five weeks after September 20, 2021, whichever comes first. Employees not vaccinated by October 25, 2021, will be terminated. Plaintiffs believe the vaccines to be dangerous generally and particularly unsafe for pilots. Blood clots, vision impairment, neurological issues, and heart issues, are among the many vaccine-related injuries; and the overall responsibility for passengers and crew falls on the pilots. In short, Plaintiffs believe this mandate is a danger to themselves, as well as, the general flying public.

Dr. Peter A. McCullough, MD, MPH offered expert testimony on behalf of the pilots.  He said, in part:

Dr. W. Ben Edwards, who also filed an affidavit on behalf of the pilots, noted that many adverse outcomes and deaths from the COVID-19 “are related to blood clotting problems, including stroke, heart attack, and pulmonary embolism.”

“It is well established that airline travel, due to altitude and prolonged sitting, is a risk factor for blood clotting problems,” he added. “In my expert medical opinion, subjecting airline pilots to the emergency use authorized Covid-19 gene therapy injections would subject them to a greater risk of harm than any benefit.”

Not a ‘right’ or ‘left’ issue; It’s about our Constitution

The pilot’s attorney, Kenneth W. Ferguson, said that when he reached out to UAL officials in advance of filing the suit on August 14, UAL officials showed no concern. One of the airlines’ in-house attorneys hung up on him, demonstrating a “callous indifference and lack of concern toward the lives of the people who make the company function.”

Ferguson concluded at the time, “United Airlines does not care.”

“This is not a left or right issue,” Ferguson told LifeSiteNews.  “And this is not about being anti-vax.”

“People should have the right to choose,” said Ferguson.  “Just because you have ‘Inc.’ behind your name doesn’t give you the right to infringe upon inalienable constitutional rights.”

“All sources of power emanate from the same place: The Constitution,” he explained. “That’s not something the judiciary, the executive branch, or Congress can take away.”

“We need to get back to our roots,” he concluded.

In addition to United Airlines, the pilots have named five other defendants in their lawsuit: