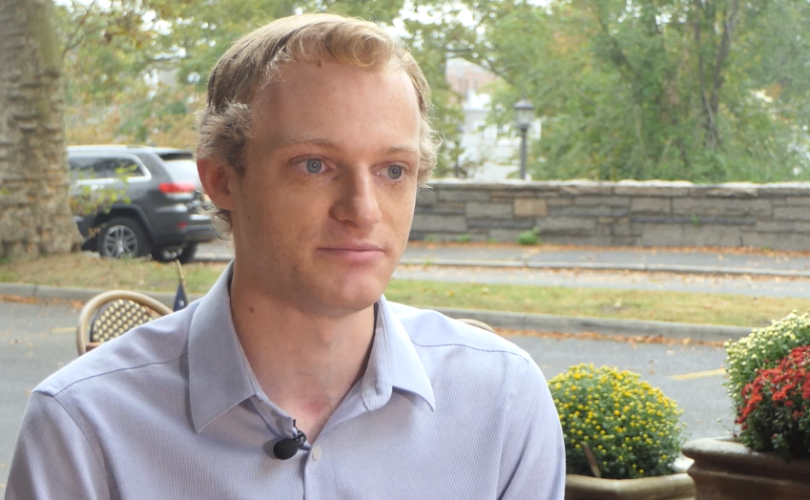 October 22, 2020 (LifeSiteNews) — Eric Cochran was fired from his job as a software engineer at Pinterest in 2019 for exposing how they censored pro-life voices.

Cochran, who now works for James O’Keefe at Project Veritas, is calling on Christians to work in Big Tech so the truth can get out about abortion.

“What they're doing is the most dangerous thing for our country, because, especially when it comes to the pro-life position, this is the battle for hundreds of millions of lives,” Cochran explained to LifeSite today.

Pinterest added them “to a pornography blacklist in order to prevent people from posting Live Action links. I also saw the suppression of things like Bible verses of Christian quotes,” he said.

Cochran was speaking to LifeSite for its final installment for the hit original series Uncensored: Big Tech vs. Free Speech. Watch all previous interviews of the Uncensored series by clicking here. LifeSite has already sat down with leaders at the Media Research Center, the Susan B. Anthony List, and Breitbart.

Cochran further explained that the tech establishment has a particular “disdain” for pro-life, conservative Americans.

“Ultimately, the establishment wants to destroy life,” he said. “We’re facing forces that their end goal is destruction, not creation. It is destroying God's image.”

Cochran was interviewed by Tucker Carlson after he was fired by Pinterest in 2019. Read LifeSite’s coverage of that interview by clicking here. Today, he told LifeSite that Big Tech is a major threat to our civil liberties.

“This is the battle…about free speech, about a basic American principle…a lot of people in Big Tech thought that they made a huge mistake by allowing people to spread information online and to be able to bypass the media.”

Cochran concluded by calling on young people to essentially infiltrate the industry and use it as a force for good.

“If you're at college and you're thinking about going in tech, do it because we need Christians and we need pro lifers inside of major institutions. We need them in positions of influence…make money, build friends, build relationships, take over institutions. It's what our adversaries have done over the last hundreds of years…we need Christians, frankly, to be in these positions of power.”