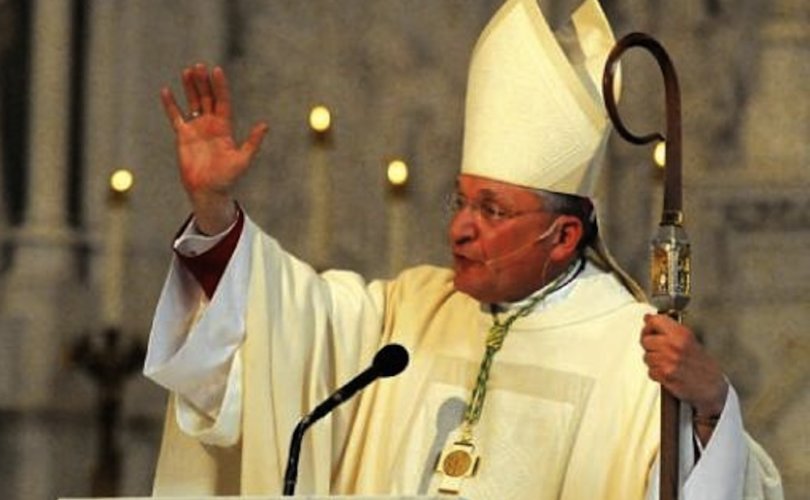 PITTSBURGH, September 14, 2018 (LifeSiteNews) – Traditional devotions that have all but vanished from the majority of Catholic parishes will be revived in one prominent American diocese on account of the abuse crisis.

Bishop David Zubik of Pittsburgh has announced a “Year of Repentance” in his diocese that will begin on Sunday, September 23, 2018. Zubik has asked all clergy to fast and pray for the purification of the Church “in light of the scandal of sex abuse.”

In service of this fasting and prayer, the bishop has instructed the priests to observe the twelve Ember days of the coming year by abstaining from meat and praying before the Blessed Sacrament for an hour on those days.

Zubik became Pittsburgh’s Bishop in 2007 after years of serving at the right hand of his predecessor, the now embattled Archbishop of Washington D.C. Cardinal Wuerl. Zubik, who served as director of Office of Clergy, was mentioned more than 100 times in the Pennsylvania grand jury report released last month. When asked in an August 29 radio interview if he ever tried to stop the reassignment of abusive priests to other parishes, he replied: “I think the bishops were the ones who made decisions then, as I have to make them now.”

Ember Days, which feature prominently in the traditional liturgical calendar of the Roman Catholic Church, mark the change of seasons with fasting and prayer. According to the Catholic Encyclopedia, “Ember Days” is an English-language corruption of the Latin “Quattuor Tempora”, which means four seasons, and has nothing to do with embers.

Pope Gregory VII (1073 – 1085) “arranged and proscribed” the dates of the four Ember Weeks (each “week” lasting three days), but three were observed from the third century at the latest. Pope St. Leo the Great (c. 400-461) believed they were kept in the days of the apostles.

Zubik has also invited all the Catholics of his diocese to join in the Ember Days of fasting and prayer.

In addition, the Bishop of Pittsburgh has asked his priests to consider leading the Prayer to Saint Michael the Archangel after all Masses, a devotional practice established in 1884 and discontinued in most parishes after the Second Vatican Council. Two or three other American bishops have recently requested its return.

In a letter he wrote to his priests, Zubik remarked on their “shame and sorrow” over the clerical sins and crimes that have once again come to light after recent revelations concerning Archbishop Theodore McCarrick’s sexual predation of seminarians and priests, the Pennsylvania Grand Jury report, and Archbishop Carlo Maria Viganò’s testimony alleging cover-up among high-ranking prelates, including Pope Francis.

“Faced with the sinful actions of the members of our own ranks of the clergy, who are called to manifest the example of Christ, we feel both shame and sorrow, and are reminded of our own sinfulness and the need for mercy,”  he wrote.

The bishop quoted Pope Francis’ exhortation to fast and pray in response to the recent scandals:  “The penitential dimension of fasting and prayer will help us as God’s People to come before the Lord and our wounded brothers and sisters as sinners imploring forgiveness and the grace of shame and conversion.”

The Year of Repentance in the Pittsburgh diocese will begin with Sunday Mass in St. Paul Cathedral, Oakland on September 23 at 3 PM and end with Mass on the Feast of the Assumption, August 15, 2019.

A diocesan-wide service to liturgically inaugurate the Year of Repentance will be held Sunday, September 23, 2018 at 3 p.m. in Saint Paul Cathedral, Oakland.