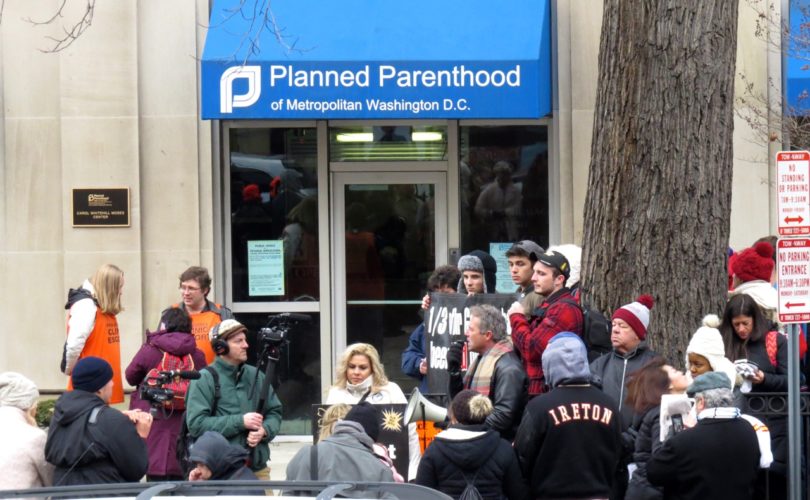 'No one is above the law, including Colorado politicians who are violating our state’s constitution by continuing to fund Planned Parenthood’s abortion business with state taxpayer dollars.'Pete Baklinski / LifeSiteNews

DENVER, CO, February 18, 2015 (LifeSiteNews.com) — More than six months after its lawsuit was dismissed by a county judge, the Alliance Defending Freedom (ADF) has appealed its case alleging that Planned Parenthood of the Rocky Mountains illegally used state funds to pay for abortions.

Last August, Denver County District Court Judge Andrew McCallin said that ADF and its client could not prove any dollars paid for abortions, which would be against Colorado law. ADF, however, maintains that any funding given to an abortion clinic indirectly pays for abortions, and appealed to the Colorado Court of Appeals.

The lawsuit says that $14 million illegally went to Planned Parenthood of the Rocky Mountains from 2009 to the present, though it also claims money started illegally flowing in 2007.

According to Colorado law, “no public funds shall be used by the State of Colorado, its agencies or political subdivisions to pay or otherwise reimburse, either directly or indirectly, any person, agency or facility for the performance of any induced abortion.” There is a stipulation that allows for “the General Assembly, by specific bill, [to] authorize and appropriate funds to be used for those medical services necessary to prevent the death of either a pregnant woman or her unborn child under circumstances where every reasonable effort is made to preserve the life of each.”

That changed in 2007 under former Colorado Gov. Bill Ritter, a Democrat, and continues to the current day — even though state law hasn't changed. Thus, Norton filed the lawsuit.

Norton's husband, ADF senior counsel Michael, told LifeSiteNews in August that “no one is above the law, including Colorado politicians who are violating our state’s constitution by continuing to fund Planned Parenthood’s abortion business with state taxpayer dollars.”

“The State of Colorado even acknowledges that about $1.4 million of state taxpayer dollars flowed from Colorado government agencies through Planned Parenthood to its abortion affiliate. The Denver court seems to have agreed with that fact and yet granted motions to dismiss based on a technicality,” said Michael.

In its appeal brief, ADF says that the court erred by not considering Norton to have full standing to make her claim because she could not name a procedure paid for by state dollars. ADF also says that the judge did not conduct a proper pre-decision investigation.

Planned Parenthood of the Rocky Mountains did not respond to a request for comment.