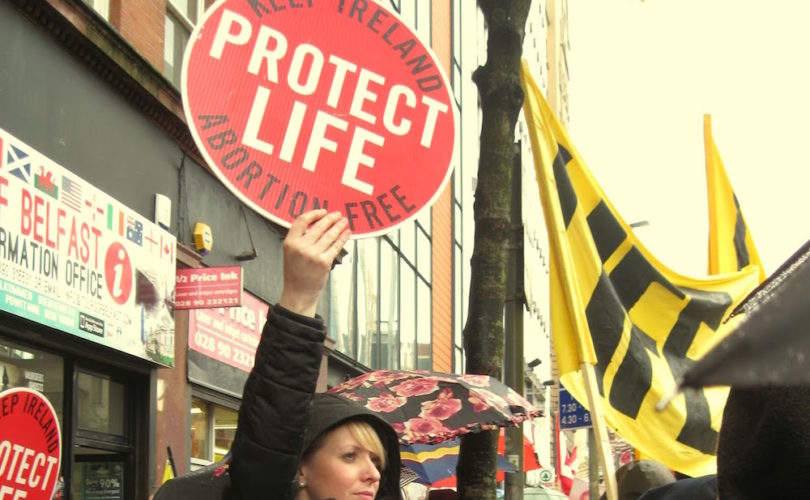 The National Assembly, though divided into nine parties by religion and policy, managed to coalesce into a decisive majority to defeat two amendments to the law on abortion, one which would have allowed it in the case of children with fatal abnormalities (by 59 votes to 40) and the other whenever the pregnancy resulted from rape (by 64-30).

Liam Gibson, Northern Ireland spokesman for the Society for the Protection of Unborn Children, commented, “Although they were presented as allowing abortion only for a limited number of so-called hard cases, in reality they were an attack on some of the most vulnerable of children and would have led to widespread abortion.”

SPUC lobbied their own members and the legislators themselves both personally and with emails explaining that both amendments were designed to maximize sympathy for pregnant women in trying circumstances, but could be easily broadened into abortion on demand. On paper the current law (enacted 155 years ago) treats abortion as homicide, but judicial rulings have softened it slightly to allow them when a woman’s life is threatened.

SPUC and other pro-life organizations argued that the proposed exception for an unborn child with fatal abnormalities was too loose because that assessment would be left up to two doctors acting “in good faith.” But Gibson told LifeSiteNews there were doctors in Northern Ireland who would make that assessment based on sympathy for the mother. “There is no way to determine good faith,” he said.

As for abortion in cases of rape, this offered an even bigger possibility of abuse, Gibson explained. “Whether there has been a rape would be decided by doctors  who have no training in determining legal questions.” Contrary to popular belief, most rapes are not violent and leave no physical evidence for a clinician, he argued. “They depend on whether there was consent, which is a matter for the courts to decide.” So any woman could secure an abortion by claiming rape under the amendment, which even supporters of abortion on demand say would lead to false accusations.

The amendments followed swiftly on a chain of events which seemed at first to promise victory for the pro-abortion cause and its allies in government agencies. First, late last year a judge agreed with a case brought by the Northern Ireland Human Rights Commission. It urged that the current abortion law violated women’s rights under the European Convention on Human Rights.

The judge advised the government it should rewrite the law to allow abortion in cases of rape, incest or when the unborn baby had fatal abnormalities (in which case, the judge deemed it had no life at all and could not, therefore, be murdered.)

The province’s justice department, led by a minister from the pro-abortion Alliance Party, drafted a bill to meet the judge’s requirements, but it failed to win the support of a majority on Northern Ireland’s multi-partisan executive council, the equivalent of its Cabinet.

That defeat sparked the two private members’ amendments from the Green and Alliance parties. In defeating them both, Gibson said,  the majority of Protestant and Unionist (who want Northern Ireland to remain part of the United Kingdom)  members were joined by some of the Catholic members from the Social Democratic Labour Party.

The nominally Catholic Sinn Fein supported the amendments, along with  members in other  nationalist  parties (who favour joining Southern Ireland) and many in the SDLP. Looking ahead to the Spring election, Gibson says the leading Democratic Unionist Party might lose votes and seats to other unionists, while Catholic voters who put moral issues first might continue to migrate to the Unionist camp over abortion or gay marriage.

Abortion advocates “are getting more and more vociferous,” Gibson warned. “This issue will not go away.” While he expects further attempts to change the law in the National Assembly, Gibson believes this week’s vote will weaken the  Northern Ireland Human Rights Commission’s case at the appeal level. “The judge said the current law did not represent the will of the people, but this decisive defeat of both amendments by the people’s elected representatives says otherwise.”