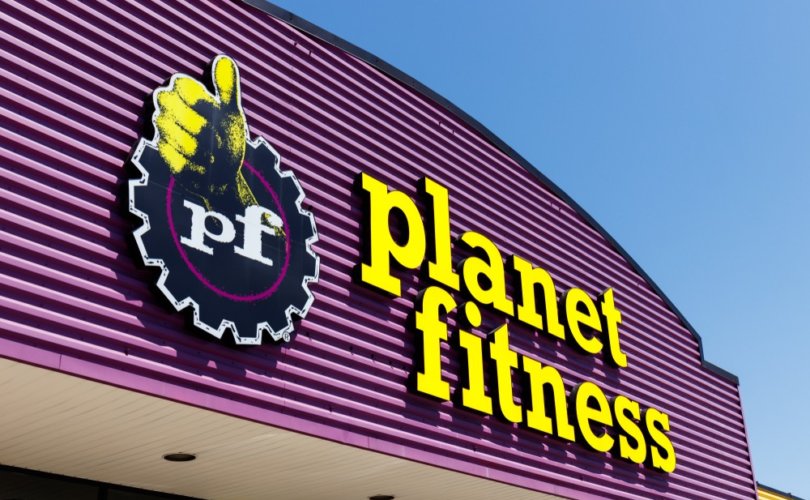 July 16, 2018, (LifeSiteNews) – Once again Planet Fitness has found itself at the center of a dispute which pits the wishes of men who ‘identify as women’ over the safety and privacy of women and girls.

Liberty Counsel has taken on the case of a Florida woman, ‘Mrs. H.,’who alleges that Planet Fitness discriminated against her after she objected to the presence of a man––Jordan ‘Ivy’ Rice––in the women’s locker room.

Mrs. H.’s membership was terminated because of her repeated vocal objections in the presence of other female gym patrons.

“This is not the only incident with Mr. Rice known to Planet Fitness,” according to a letter sent by Liberty Counsel to the CEO of Planet Fitness.  “Another woman reported that he exposed his naked body to her in the women's locker room at this location. In another instance, he was involved in an argument with another woman over use of the tanning room. Misogynist, anti-woman harassment should have no place in Planet Fitness locations, and violates Florida law.”

Liberty Counsel (LC) is a national litigation, education and public policy organization with an emphasis on civil liberties and the First Amendment.

“Planet Fitness must immediately reinstate Mrs. H’s membership, and make changes to its membership and locker room policies to prevent blatant sex-based harassment by males in the women’s lockers and restrooms,” the letter insists.  It explains:

Mrs. H. is the survivor of an attempted rape, and as such, is keenly aware of and sensitive to men in places where they do not have a legitimate purpose, and where she and other women are in a position of vulnerability. On May 29, 2018, staff at the Leesburg location revoked Mrs. H.’s membership after she was intimidated and alarmed by Mr. Rice in the women’s locker room at this location, and complained about him.

Mrs. H. entered, and noticed him. She was disturbed by his presence, politely confronted him and asked him to leave the women’s locker room. Instead, he smirked back at her, and continued to stare at her, remaining standing in front of the mirror “applying makeup,” where he had a full view of every single woman entering or exiting the shower area and every single locker, Mrs. H.’s locker, which was directly behind him within three (3) feet.

When Mr. Rice refused to leave, Mrs. H. herself left to give him time to finish what he was doing, so she could use the restroom in privacy. Mr. Rice remained there for at least an hour, “applying makeup,” to intentionally deny Mrs. H. the privacy she desired. He was observed to have entered and exited the locker room, wearing the same clothes, and had not showered or changed. Despite a male employee observing that Mr. Rice’s behavior was “over the top,” staff did not intervene and ask him to finish his business, but permitted him to monopolize the women’s locker room. This impeded Mrs. H.’s rightful use of the women’s locker room.

A records request reveals that Mr. Rice (incredibly) had called the police to falsely report that he had been “sexually harassed” by Mrs. H. He can be heard on his 911 call, following Mrs. H. across the parking lot of the establishment, over into the next parking lot, calmly relaying to the dispatcher his and Mrs. H.’s appearances, a description of Mrs. H.’s vehicle, and the direction in which she was headed. The fact that he was and is a man was evident to the dispatcher, who repeatedly refers to him as “sir” on that call. No police report was filed.

Rice’s call to the police can be heard here.

“Planet Fitness is endangering women by allowing men to sexually harass them in the women's facilities and punishing those who object,” said Mat Staver, founder and chairman of Liberty Counsel. “This is discrimination based on sex, in violation of Florida law as well as several of Planet Fitness' own policies.”

“Liberty Counsel demands that Planet Fitness reinstate our client's membership and adhere to the law and its own policies and protect the privacy of women,” continued Staver.  “If this gym does not respect women's legal and privacy rights, there are other gyms which will, and there are courts that will remedy this blatant disregard of women.”

This isn’t the first time Planet Fitness has exposed its female members to danger in their gym’s locker rooms.

Troubled by the incident, she returned to the gym for several days, warning other female gym members about the possibility of encountering a man in their locker room.

When Planet Fitness terminated her membership, she filed a lawsuit claiming violation of the Elliot-Larsen Civil Rights Act for breach of contract which was dismissed by a local judge, whose ruling was later upheld by the Michigan Court of Appeals.