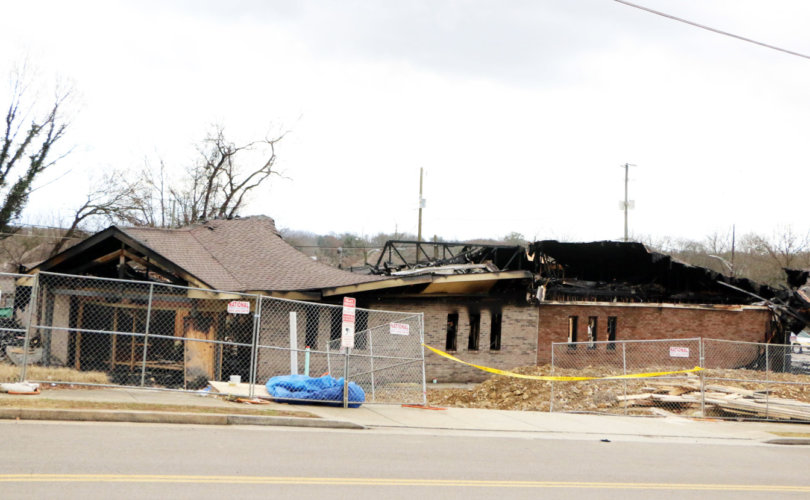 (LifeSiteNews) — Fire burned the Planned Parenthood abortion facility in Knoxville, Tennessee, to the ground on New Year’s Eve. According to a local news outlet, there were no injuries.

The center provides chemical abortions, but had been closed since December 7 for renovation and expansion. An investigation of the Knoxville Fire Department, aided by the Tennessee Bureau of Investigation and federal Bureau of Alcohol, Tobacco, Firearms and Explosives (ATF), has yielded no evidence of arson so far.

No surrounding properties suffered obvious damage, including a nearby prayer garden belonging to Tennessee Right to Life.

The expansion would have roughly doubled the facility’s space from 3,900 square feet to 7,900 square feet. Pro-lifers in the area suspected that the center would have started to offer surgical abortions, but this was never confirmed.

The group appealed to the Knoxville City Council, initially requesting a continuance, but the council unanimously voted to deny the continuance. Ultimately, the request for variance was never heard, because engineers for Planned Parenthood changed the design of the structure.

Ten years ago, Knoxville had three abortion centers . Volunteer Women’s Medical Clinic (VWMC) was forced to close in 2012 due to Tennessee’s Life Defense Act which required abortionists to maintain hospital-admitting privileges. The VWMC abortionist did not pursue hospital-admitting privileges. Another abortionist, Dr. Morris Campbell, had planned to begin work at VWMC, but he died suddenly at the age of 64 from a stroke, forcing the business to close.

Knoxville has one remaining abortion clinic, Knoxville Center for Reproductive Health, near the campus of the University of Tennessee.