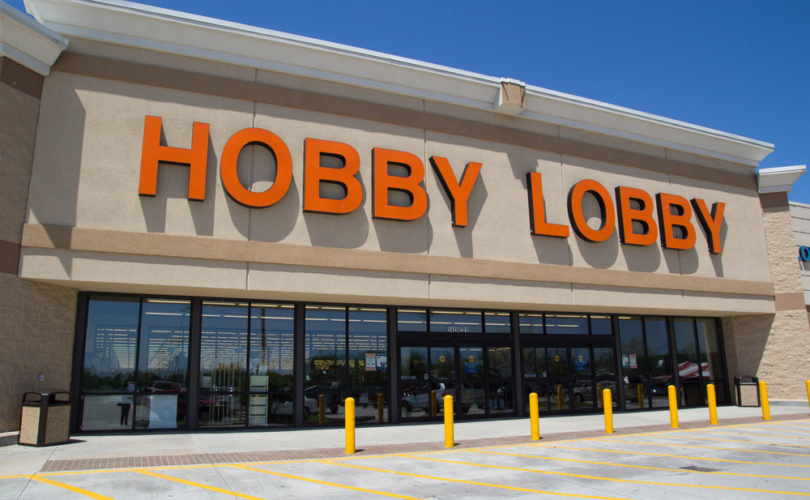 AURORA, IL – After the Supreme Court ruled that Hobby Lobby does not have to fund abortion-inducing methods of contraception, Planned Parenthood and liberal clergy members handed out condoms in front of a Chicago-area Hobby Lobby store.

A handful of people gathered in front of the entrance to the store in the suburb of Aurora, Illinois, handing condoms to everyone who walked into the store – except those with young children, they said.

One of the female shoppers exiting the store handed the condom back to the demonstrators and defended the owners of Hobby Lobby, the Green family. “I know them and they are Godly people,” she said, according to the Beacon News.

Two clergy members of liberal churches that support abortion-on-demand participated, wearing their clerical collars as they handed out condoms. The female, Emmy Lou Belcher, was part of the Unitarian Universalist Church, and the man, Mark Winters, was from the United Church of Christ (UCC).

Winters, who is minister at a church in nearby Naperville, said the idea “just kind of started out as a joke,” a way “to show that not all Christians are opposed to contraceptives.”

The Green family, which owns the 500-plus store chain, has no religious objection to most forms of birth control, either. Its insurance policy covers 16 of the 20 forms of “contraception” required by the HHS mandate of the Affordable Care Act, commonly known as ObamaCare.

The use of condoms between married people would not have violated their evangelical Protestant beliefs.

However, the family had a deeply held religious objection to paying for forms of “emergency contraception” such as Ella and the morning after pill that may cause an early abortion by preventing a newly conceived child from implanting in the uterine wall.

The Supreme Court decided this week in a 5-4 decision that closely held corporations did not have to engage in such activity if it violates their sincerely held religious beliefs. Their decision was based on the Religious Freedom Restoration Act of 1993, signed by President Bill Clinton, and not on the First Amendment.

The majority ruling, written by Justice Samuel Alito, applies to an estimated 90 percent of all U.S. businesses, where a majority of the stock is owned by five people or less.

Planned Parenthood and the feminist movement have sought to portray the decision as a referendum on birth control, but all legal contraceptives remain legal. The Supreme Court merely held that certain corporations would not have to pay for contraception, sterilization, or abortion-inducing drugs on behalf of their employees — male or female — saying that doing so would violate religious freedom.

‘Who knows’ if Supreme Court was right on Hobby Lobby: Chris Christie
Republican members of Congress stand with Hobby Lobby for religious freedom