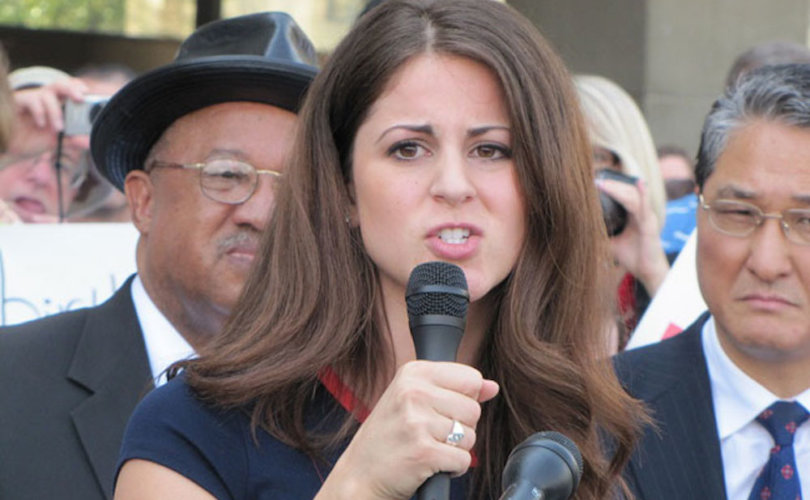 SACRAMENTO, May 31, 2016 (LifeSiteNews) – After videos emerged showing that Planned Parenthood's program of harvesting and receiving money in exchange for aborted babies' organs and tissue is based in California, state legislators introduced a bill to crack down hard – on the those who shot the videos.

Assembly Bill 1671, introduced by Democrat Jimmy Gomez of Los Angeles, would make it illegal to secretly videotape any “health care provider,” including abortionists. A first offense is a $2,500 fine per infraction and up to a year in the county jail. The fine swells to $10,000 per infraction for those labeled repeat offenders.

The bill would punish anyone who “intentionally discloses or distributes, in any manner, in any forum, including, but not limited to, Internet Web sites and social media, or for any purpose, the contents of a confidential communication with a health care provider.”

That includes but is “not limited to, videos or still photographs, blogs, video blogs, podcasts, instant and text messages, email, online services or accounts, or Internet Web site profiles or locations.”

Pro-life advocates say this bill, which was introduced this January, intends to stop the undercover investigations conducted by pro-life organizations like the Center for Medical Progress and Live Action.

“For years, undercover journalists have documented Planned Parenthood employees covering up for sex traffickers, failing to report child sexual abusers, and trafficking in baby body parts. Rather than be more transparent with the public, Planned Parenthood wants to make it a crime for the media to publish evidence that it might be doing something illegal,” said Lila Rose, the founder and president of Live Action.

“California legislators are willing to trample on the right to free speech to protect Planned Parenthood's financial interests,” said Alexandra Snyder, the executive director of the Life Legal Defense Foundation.

“AB 1671 violates the First Amendment rights of all Californians, and we urge legislators to oppose this unconstitutional bill.” “This outrageous bill is a direct attack on the freedom of the press and is blatantly unconstitutional,” Rose agreed. “This bill puts Planned Parenthood’s interests ahead of the First Amendment, its clients, and the public, and it would keep evidence of illegal or abusive activity hidden from nearly everyone's view.”

Both Rose and Snyder are based in California, as are CMP lead investigator David Daleiden and his fellow investigator Sandra Merritt.

Cheryl Sullenger, the senior vice president of Operation Rescue, warned in January that prosecuting Daleiden and Merritt would have “the effect of chilling the First Amendment freedom of the press and could scare crime witnesses away from coming forward for fear that they might suffer similar retaliatory prosecution.”

Planned Parenthood has thrown its lobbying weight behind the bill. The Planned Parenthood Affiliates of California Action Funds' website lists Gomez's legislation as a “key improvement that closes a current loophole in privacy laws around illegal videotaping.” Its form letter asks elected officials, “Please support AB 1671 (Gomez) to prohibit the distribution of illegally obtained video tapes and protect privacy. The bill is modeled after similar statutes in other states that extend penalties to use and disclosure as well as taping without consent.”

One section of the amended bill says it does not apply to anyone attempting to uncover evidence of “any felony involving violence against the person, including, but not limited to, human trafficking.” However, state Attorney General Kamala Harris has opened a second prosecution of Daleiden in his home state, potentially for producing a fake ID and filing phony papers of incorporation for Biomax, in order to ensnare Planned Parenthood.

California already requires that all parties give their consent to the recording of a conversation that could be assumed to be private. CMP has said that since it recorded only inside public venues, such as a restaurant and an annual conference, where passersby could have overheard them, it kept the law. The matter is still being adjudicated.