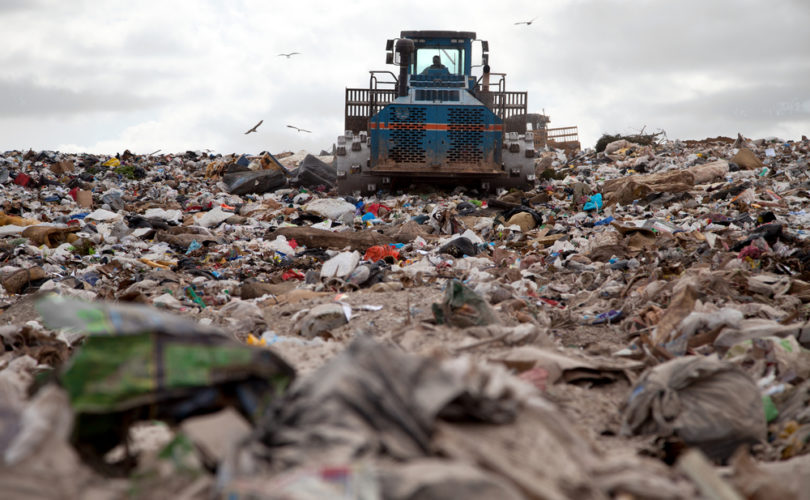 After the Center for Medical Progress released a string of videos this summer, Ohio Attorney General Mike DeWine ordered an investigation into whether Planned Parenthood in his state illegally sold fetal tissue and body parts. Planned Parenthood has said only two states participate in what it calls “fetal tissue donation”: California and Washington state.

This morning, DeWine announced that the abortion provider instead breaks state law another way. “In the course of our investigation, we learned that aborted fetuses are ultimately disposed of in landfill sites – apparently intermingled with other common residential and commercial trash,” DeWine wrote in a letter to the Ohio Department of Health (ODH).

The investigation found that all of Ohio's Planned Parenthood abortion facilities disposed of fetal remains by sending them to landfills. The Planned Parenthood in Bedford Heights, a Cleveland suburb, said it used a certain company for disposal – but the unnamed company told investigators that accepting aborted babies' body parts violates its corporate policy.

He believes that practice violates Ohio Administrative Code 3701-47-05, which requires that a “fetus shall be disposed of in a humane manner.”

“My office will be forwarding you additional information,” he wrote to ODH Director Richard Hodges.

“Disposing of aborted fetuses from an abortion by sending them to a landfill is callous and completely inhumane,” DeWine, a former Republican governor and U.S. senator, said Friday morning. “It is important the public be aware that these practices are taking place at these Ohio facilities.”

“I’ve tasked the Ohio Department of Health to work with the attorney general to take appropriate legal action,” said Kasich, who is currently seeking the Republican presidential nomination. “This investigation shows the need for further work with the Ohio General Assembly to rein in Planned Parenthood, while continuing to ensure access to vital health care services for women.”

State lawmakers just adjourned without passing a bill that would deprive Planned Parenthood of $1.3 million in state taxpayer funds. However, Ohio Right to Life is working with legislators to change state laws on fetal disposition in light of today's report.

“The visual of Planned Parenthood carting volumes of children's remains to a landfill speaks to their callous disregard for human life,” said ORTL President Mike Gonidakis. “It is a grotesque portrait of their urgent need to dispose of their victims along with the truth.”

He said the state affiliate is working with Republican State Representatives Robert McColley of Napoleon, Kyle Koehler of Springfield, and State Senator Joe Uecker of Miami Township on a bill that would force abortion facilities to bury or cremate aborted babies' remains and strengthen informed consent for mothers.

Abortionists have expressed concerns about such laws. Undercover footage of the National Abortion Federation's annual meeting in 2014, shot by CMP, showed an extensive panel discussion concerned such legislation would be impossible for abortionists to comply with and force the closure of abortion facilities nationwide.

Ohio Right to Life says the inherent worth of each human being should outweigh considerations about abortionists' bottom line.

“While we've heard it said that Planned Parenthood is a 'volume' institution, we know that these pre-born children are not trash made for landfills. They are individuals with their own intrinsic dignity,” Gonidakis said. “While abortion is never humane, Ohio Right to Life is intent on ensuring that even in their brutal deaths, these pre-born children retain their dignity.”