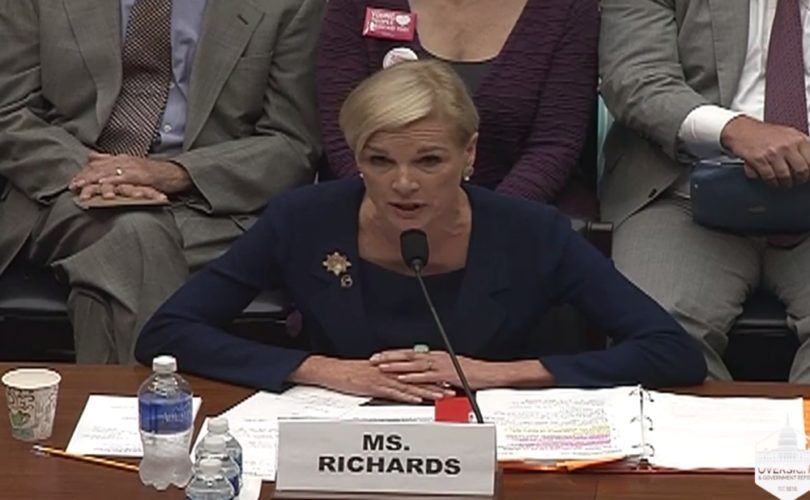 WASHINGTON, D.C., September 29, 2015 (LifeSiteNews) — A 39-year old law that bans federal funding for abortions except in the cases of rape, incest, and life of the mother “discriminates against low-income women,” says Planned Parenthood's CEO.

In her opening statement to the House Oversight & Government Reform Committee, Cecile Richards said that “while the federal policy, in my opinion, discriminated against low-income women, no federal funds pay for abortion services at PP or anywhere else except in the very limited circumstances allowed by law.”

Richards' comments are a reference to the Hyde Amendment, which has been a part of the annual Medicaid budget since 1976. Named for former Rep. Henry Hyde, R-IL, it has been a so-called “rider” for Medicaid funding that has long been opposed by the abortion industry.

However, many federally-funded abortions get around the Hyde Amendment. At least four of the FDA's approved contraceptives double as abortifacients, including the popular intrauterine device — and these drugs and devices are paid for domestically and in other countries by Title X and other funding.

Approximately one-fifth of Planned Parenthood's government funding is through the Title X program. Richards' comments came during a hearing about how Planned Parenthood uses its funding — and whether some of those uses are illegal.