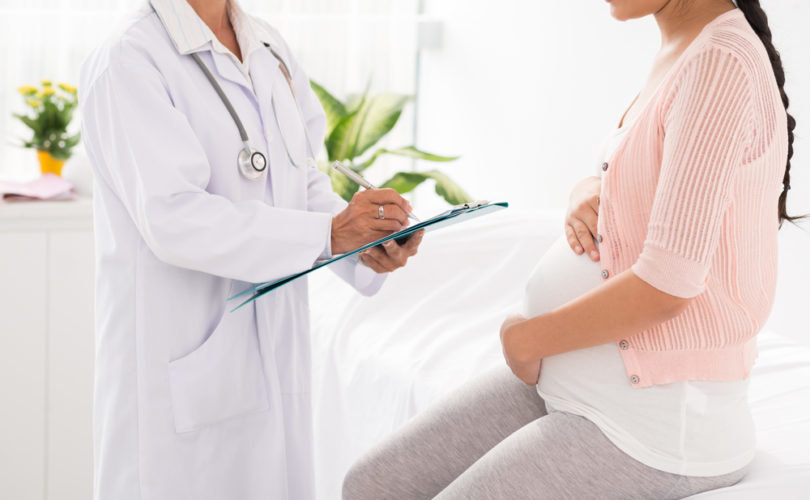 WASHINGTON, D.C., June 9, 2015 (LifeSiteNews) – Everyone agrees that the number of abortions is significantly down across the United States. While Planned Parenthood is claiming promotion of contraception reduced the rate, a pro-life scholar who has examined the data says this proves “pro-life efforts have succeeded.”

An Associated Press (AP) study has found that nearly everywhere in America, abortion rates have plummeted, by an average of 12 percent over the last five years nationwide. The AP obtained the most recent abortion numbers from the health departments of all 45 states that compile such data and found that abortions have declined by stunning rates: 30 percent in Hawaii, 24 percent in New Mexico, and 22 percent in Nevada. (California, Maryland, New Jersey, New Hampshire, and Wyoming do not compile such data.)

Pro-abortion organizations attribute the drop to contraceptives and sex education. The largest abortion business in the U.S., Planned Parenthood, announced a 91 percent increase in the use of IUDs and contraceptive implants since ObamaCare fully funded them. Cecile Richards, president of Planned Parenthood, claimed, “Better access to birth control and sex education are the biggest factors in reducing unintended pregnancies.”

But Dr. Michael New of the University of Michigan-Dearborn and associate Scholar for the Charlotte Lozier Institute, told LifeSiteNews, “There is not much evidence to suggest that Planned Parenthood's 'educational' efforts or contraceptive programs have had anything to do with American's abortion decline.” Dr. New explained that while “it is true that the percentage of Americans using contraceptives has increased. However, the unintended pregnancy rate has remained relatively stable and may have even increased slightly since the early 1990s.”

Charmaine Yoest, president of Americans United for Life, explained that there has been a shift in societal attitudes, with more women choosing to carry their pregnancies to term. She attributes that positive shift in attitude to ultrasound legislation. “There's an entire generation of women who saw a sonogram as their first baby picture,” she said. “There's an increased awareness of the humanity of the baby before he is born.”

Holly Gatling of South Carolina Citizens for Life told Savannah Now she believes pro-life efforts in the past several years are the reason the number of abortions performed in South Carolina has dropped by nearly 12 percent over the past five years. “Women are making other choices,” Gatling said. “We see this as part of a decline that goes back since 1990.”

Dr. New criticized the AP study as “not even consider(ing) this decrease in abortion among unintended pregnancies as a possibility.”

Some 31 states have enacted 267 abortion restrictions since 2011, according to the Gutmacher Institute, which began as the research arm of Planned Parenthood. These pro-life laws have led to the closure of about 70 abortion facilities in a dozen states since 2010 — including 27 in Texas, 12 in Michigan and Arizona, and four in Ohio.

Dr. New concluded, “There is good recent data from Texas and others states which shows that pro-life laws reduce abortion rates.”

He went on to note problems with the data the AP study was founded on. “One important caveat that received little attention is that abortion data from state health departments can be unreliable,” professor New stated. “Abortion reporting standards vary greatly across states. Sometimes reported decreases are caused by less rigorous reporting rather than actual declines in the incidence of abortion.”

Jenifer Bowen, executive director of Iowa Right to Life, said the decline is linked to privately-funded pregnancy centers around the state that offer counseling on adoption and help continuing the pregnancy. She also believes pro-life protests have helped, and the increasing use of ultrasounds. “It's a combination,” she said. “I don't think that there's any one thing that anybody can point to and say, 'This is why.'”

LifeSiteNews found only one pro-abortion advocate who admitted publicly that pro-life legislation reduced the U.S. abortion rate. Kelly Baden of the New York-based Center for Reproductive Rights admitted to The Huffington Post, “The increase in abortion restrictions that states are passing, really might be having an impact on women's ability to access the health care that they need.”

Prodded by her liberal interviewer, Baden then reversed herself and criticized pro-life groups for claiming that legislation such as requiring ultrasounds before an abortion decreased the abortion rate, saying rather it was laws restricting access to abortion that have contributed the the lower number of abortions. Baden also credited contraceptives for decreasing unplanned pregnancies.

Dr. New offered advice to pro-lifers. “The pro-life movement should do more to publicize the declining abortion numbers in the United States, he said. “Few Americans know that the number of abortions performed in the United States peaked in 1990 and have declined by approximately 34 percent since that time.”