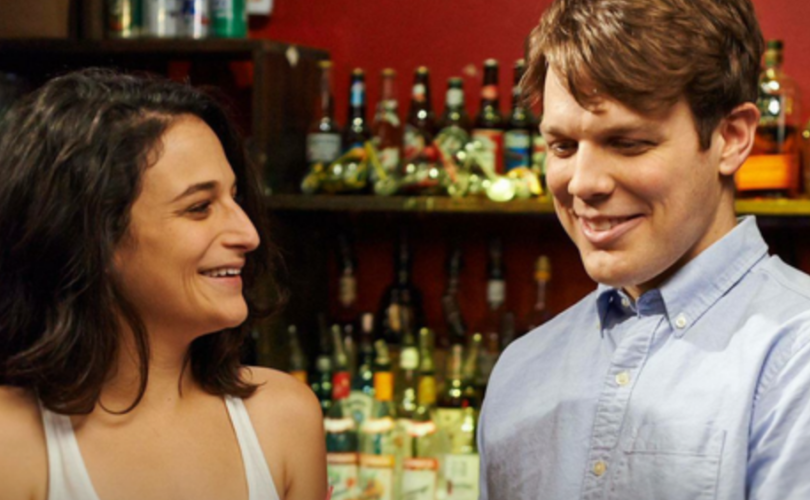 Scene from the movie Obvious Child.obviouschildmovie.com

September 25, 2019 (LifeSiteNews) — On top of spending heavily to influence American politics and education, Planned Parenthood also works to influence the image of abortion shown in entertainment — amounting to more than 150 films and television series since 2014, according to the head of the abortion giant’s outreach efforts.

“Nobody used to call me,” Spruch said. “I would be watching TV and going to the movies and figuring out who I thought might be open to including these story lines. Now I have a couple of repeat clients. Now people call me.” She started out as a field organizer for the abortion giant in 1989, and started turning to entertainment as a way to reach younger Americans. “I thought: Oh, everyone says Hollywood is so liberal, but what are we doing with actors?” she recalled.

Celebrity outreach grew to a full-time job for Spruch in the 1990s, but didn’t directly work on a production until 2014’s Obvious Child, a film about a woman facing an unwanted pregnancy, culminating with an abortion that’s ultimately treated as a normal, morally-inconsequential decision. The film fared poorly at the box office, but Spruch maintains it “changed the world” and was a “game-changing moment” for its casual, untroubled depiction of abortion.

Other projects she influenced include the Netflix comedy GLOW, the CW series Jane the Virgin, and the films Grandma and Little Woods. Spruch claims her only interest in productions is ensuring the presentation of abortion facilities is “accurate,” with examples of her advice including taking care to ensure receptionists don’t look “forbidding,” and claiming that a “Planned Parenthood doctor wouldn’t curse.”

“It was important [to Spruch] that the Planned Parenthood wasn’t cold or mechanical,” GLOW co-creator Liz Flahive said of their experience working together. Jane the Virgin showrunner Jennie Snyder credits Spruch with helping her “drill down” and “make sure that we’re not putting misinformation out there.”

The article quotes other pro-abortion figures, such as Planned Parenthood senior vice president for communications & culture Melanie Roussell, as hailing pop culture’s “power to challenge abortion stigma,” citing how shows such as Will & Grace helped normalize homosexuality. But the Post also quotes a handful of pro-lifers with a decidedly different take on Spruch’s efforts.

Live Action founder Lila Rose likened Spruch’s script consultations to “the tobacco industry getting to fact-check how smoking is treated in films.” Americans United for Life chief legal officer Steven Aden expressed concern that “people who haven’t experienced much of life, the younger set, may be led into thinking that abortion is normal and glamorous and painless and lacking in consequences.”

Despite those efforts, the right to life still has a narrow edge in public opinion. In April, pollster Scott Rasmussen found that when registered voters are informed that fetal heartbeats can be detected as early as six weeks, 56 percent of respondents support banning abortion at that point. Gallup, Marist, and CNN/ORC have consistently found that a majority of Americans think abortion should be legal in “few” or “no” circumstances.