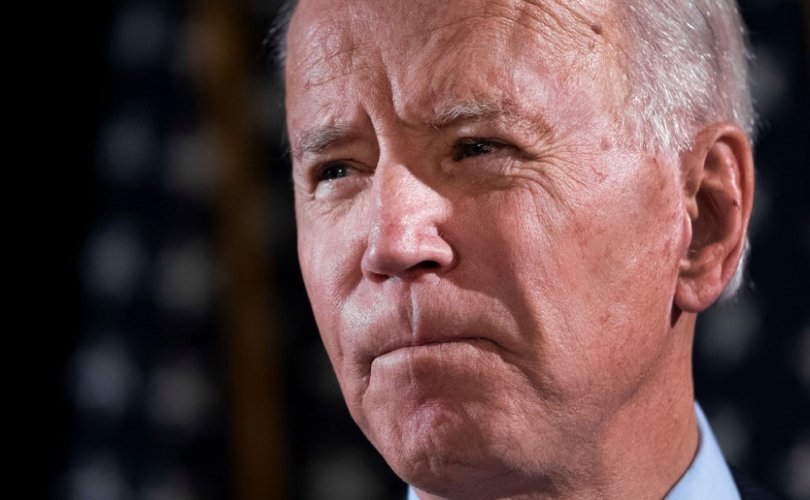 Prior to the announcement being made, Alexis McGill Johnson, acting president of Planned Parenthood, told NPR that November’s presidential contest “is literally a life and death election.”

“We felt like we can’t endure another four years of Trump; we have to do everything we can to get him out of office,” Johnson said.

Biden appeared in a video released with the announcement in which he promised to promote Planned Parenthood’s abortion agenda.

“We will protect women’s constitutional right to choose. I’m proud to stand with you in this fight.”

Biden, who says he is a Catholic, has made taxpayer-funded abortion on demand and enshrining into law the many demands of the LGBT lobby a key part of his 2020 presidential platform.

As vice president, Biden officiated for two men attempting to marry each other.

By contrast, Trump is considered by many veteran pro-life activists to be the most pro-life president in history.

In addition, the administration has consistently worked to defend life and oppose abortion at the United Nations, from resisting pro-abortion agenda items and resolution language to affirming that abortion isn’t a human right and promoting abstinence education. Last month, Trump announced that the U.S. is cutting ties with the pro-abortion World Health Organization (WHO) due to its handling of the coronavirus crisis.

Jeanne Mancini, president of the March For Life Educationa and Defense Fund, said it is offensive to hear to hear the U.S.’s largest abortion corporation describe the 2020 presidential election as “life and death” election.

“It is offensive to hear our nation’s largest abortion provider, Planned Parenthood, an organization that claims the lives of 345,672 American babies annually (a third of all of the abortions in this country each year), call the 2020 cycle a ‘life and death’ election,” Mancini said.

“Those who really care about protecting life realize that the election of Planned Parenthood–endorsed candidate, Joe Biden, will result in a major increase of tax dollars going to the billion-dollar organization, including direct payment for abortions, among other deadly consequences.”