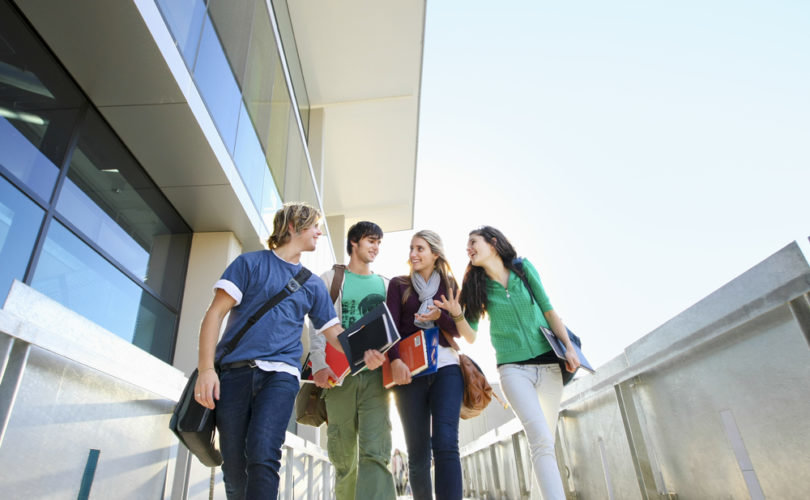 November 6, 2015 (CardinalNewmanSociety) — On Tuesday, Saint Louis University joined the growing list of Catholic colleges dealing with support of Planned Parenthood on campus after concerns about a potentially scandalous event prompted University President Fred Pestello to intervene, leading to the event being moved off campus, according to the St. Louis Post-Dispatch.

The Saint Louis University (SLU) chapter of Law Students for Reproductive Justice (LSRJ) was scheduled to host a “Myths, Truths and Facts: Planned Parenthood” forum at the University law school until contacted by President Pestello on Monday afternoon to ask for a meeting.

Planned Parenthood has been at the center of controversy following the release of undercover videos detailing its trafficking in aborted baby body parts, and The Cardinal Newman Society investigative report “A More Scandalous Relationship: Catholic Colleges and Planned Parenthood” detailing past and present relationships between the organization and Catholic colleges.

“Any relationship between a Catholic college and Planned Parenthood is a scandal,” Newman Society President Patrick Reilly said at the time of the report’s release. “The Catholic faithful have a right to expect that those institutions which claim to teach and model Catholic values will not compromise in the defense of innocent human life.”

Pestello has yet to speak publically on the matter, but vice president for marketing and communications Jeff Fowler noted that Catholic identity concerns and reports of a Planned Parenthood representative speaking at the event were at the heart of the matter.

“A number of concerns were raised,” Fowler reportedly said. “We are a university, a place where different points of view are discussed, but we’re also a Catholic university.”

The meeting between Pestello and students from LSRJ was reportedly amicable, and Fowler stated that it was the students who chose not to hold the event on campus.

Following the meeting, Keri Smith, a law student and president of LSRJ spoke with the Dispatch: “I think this had to do with what I believe was external pressures,” she said. “I feel if we would’ve stood our ground the event would’ve been canceled.”

Neither Fowler nor representatives from LSRJ responded to Newman Society requests for further details on the meeting and reaction from students.

While Saint Mary’s President Carol Ann Mooney assured Bishop Rhoades that the College does not support Planned Parenthood, many students and alumni saw the event as a direct counter to pro-life efforts on campus.

In St. Louis, approximately 60 students decided to express their dissatisfaction with the moved event by marching in protest from the law school to the new location at a nearby hotel.