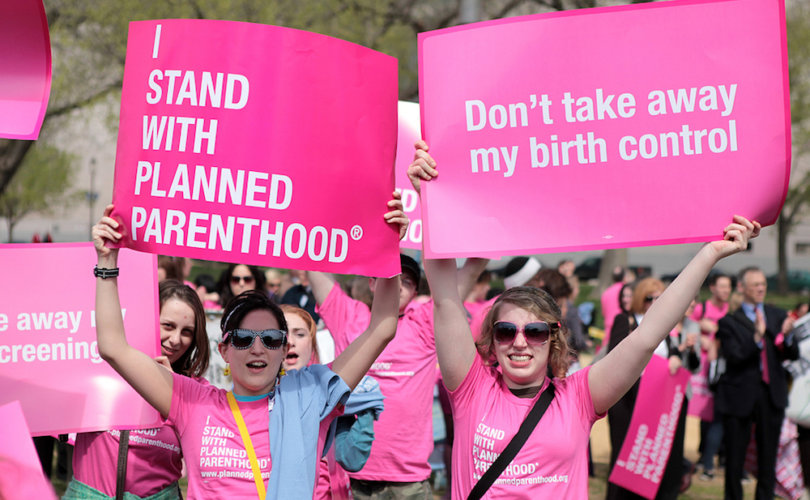 October 30, 2018 (LifeSiteNews) – Critics of Planned Parenthood have long argued that federal funding ultimately helps the abortion giant finance more abortions, but a new report indicates that it frees up more money for political activity, as well.

The nation’s largest abortion chain receives more than $500 million every year in federal tax dollars, ostensibly limited to actual women’s health services. But while those funds cannot be spent directly on abortions, analysts such as Duke University’s Chris Conover have estimated that taxpayers cover almost a quarter of abortion costs by freeing up money from Planned Parenthood’s other revenue sources.

The report notes that Planned Parenthood has pledged $20 million – the largest amount it’s ever spent on midterm elections – to elect pro-abortion candidates in several states, as well as joined George Soros’ $30 million “Win Justice” coalition with other left-wing groups to turn out voters in Florida, Michigan, and Nevada.

“According to its latest annual report, Planned Parenthood and its political arms were able to spend $160 million last year for ‘public policy’ and ‘movement building’ and to ‘promote health equity’ and ‘engage communities’ as well as another $85 million on fundraising,” Live Action adds. “Planned Parenthood is in essence weaponizing the taxpayers’ own money against them.”

All of this comes as Planned Parenthood’s own annual reports have indicated sharp declines in the non-violent health services federal funding supposedly takes care of. From 2010 to 2014, breast cancer screenings dropped 62 percent, pap tests 72 percent, and prenatal care 30 percent.

“The corrupt bargain between Planned Parenthood and pro-abortion politicians must end. It’s paid for by taxpayers and with the lives of over 320,000 preborn children every year,” Rose continued. “Congress and the president must fulfill their promise to defund Planned Parenthood of all taxpayer dollars. American taxpayers should not be in the abortion business, nor should they be subsidizing campaign contributions to any politician to keep them in office.”