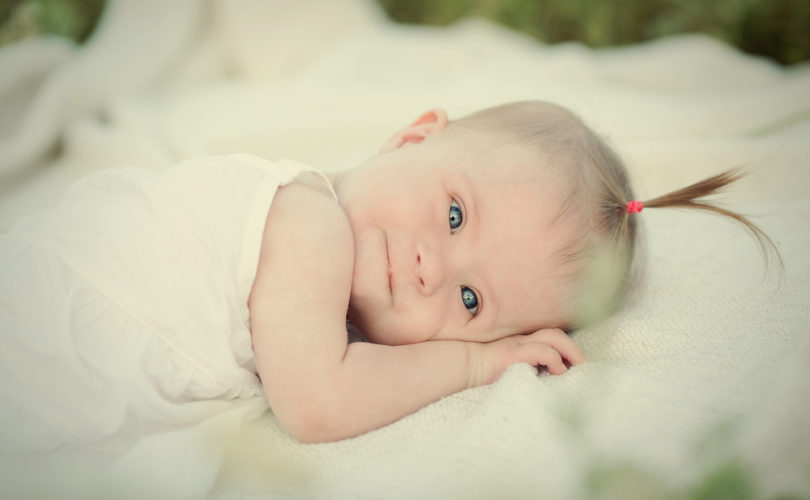 CHICAGO, February 19, 2018 (LifeSiteNews) – Planned Parenthood and the ACLU are fighting at a federal appeals court for the right to provide abortions based on the baby’s race, sex, or diagnosis of possible Down syndrome.

The two organizations are opposing an Indiana law, signed by then-Gov. Mike Pence in 2016, that bans aborting a baby because of race, color, national origin, ancestry, sex, or diagnosis of a possible disability.  The law also says aborted babies’ remains must be cremated or buried.

“We are talking about an absolute prohibition. … The woman has an absolute right as part of her privacy interests,” Ken Falk, legal director of the ACLU of Indiana, told the Seventh Circuit Court of Appeals during oral arguments on Thursday, according to WFYI Indianapolis.

The state of Indiana appealed to the Seventh Circuit after the pro-abortion groups won a permanent injunction against the law from a U.S. Disrict Court judge in 2016.

In announcing the appeal, Indiana Attorney General Curtis Hill told the Indianapolis Star that blocking the law “has cleared the path for genetic discrimination that once seemed like science fiction.”

Indiana Solicitor General Thomas Fisher championed the pro-life law before the Seventh Circuit panel on Thursday. He argued that the Dignity for the Unborn Act is not about abortion but about discrimination against the disabled.  He said the U.S. Supreme Court ruled that a woman may choose if she wants a baby, but not which baby she wants.

The ACLU’s Falk argued that the 1973 Roe v. Wade and 1992 Planned Parenthood v. Casey decisions established an “absolute” right to abortion and that aborting a preborn baby because of a possible disability is a “privacy” issue that the state has no legal interest in.  He says the pro-life law creates “an undue burden on a woman’s right to choose.”

But Fisher countered that Roe and Casey were decided before modern testing technology made it possible to determine characteristics such as sex and disability in the womb.  As a result, women can now abort simply if the child is not “to her liking,” a discriminatory reason which the state has a “well-established interest in.”

In deciding to appeal Pratt’s injunction against the pro-life law, Attorney General Hill clarified, “This state has a compelling interest in protecting the dignity of the unborn and in ensuring they are not selected for termination simply because they lack preferred physical characteristics.”

When then-Gov. Mike Pence signed the Dignity for the Unborn Act, he noted, “I believe that a society can be judged by how it deals with its most vulnerable—the aged, the infirm, the disabled and the unborn.”

A coalition of disability rights groups including The Jérôme Lejeune Foundation, Saving Downs, and Down Pride filed a Friend of the Court brief supporting the Dignity for the Unborn Act.  The Alliance Defending Freedom (ADF) and the Bioethics Defense Fund spearheaded the brief, which was joined by Women Speak for Themselves.

“The Supreme Court has never recognized a right to abort an unborn child because of his or her sex, genetic abnormality, or disability,” the Friend of the Court brief pointed out. Aborting based on Downs, they said, is “disability discrimination against unborn children.”  The brief noted that the Dignity for the Unborn Act also stops sex-selection abortions.

“Every innocent life deserves to be protected, and that’s especially true of babies being singled out for death simply because of their disability, sex, or race,” ADF Senior Counsel Denise Burke said. “Nothing is medically necessary or constitutionally protected about an abortion that is committed simply because a child has Down syndrome or isn’t the desired race or sex.”

The Indiana law disallows abortion for reasons of race or color as well.  Pro-lifers often point out the majority of Planned Parenthood affiliates are in minority neighborhoods, and PP founder Margaret Sanger initiated a campaign to eliminate “undesirables,” including specifically targeting African American babies.  The U.S. Centers for Disease Control admits that while 13 percent of U.S. citizens are black, a wildly disproportionate 35 percent of abortions are committed against black babies.

“This is a case of modern eugenics because it addresses prenatal testing to target and eliminate a class of human beings based on sex or disability discrimination,” Bioethics Defense Fund Senior Counsel Dorinda Bordlee explained in a statement. “Eugenic abortion devalues not only the unborn with disabilities, but also devalues individuals born and living with disabilities.”

“Killing babies simply because they screen positive for Down’s is eugenics, the same practice embraced by Adolf Hitler,” Human Life International commented on the case.  “In 2016, Denmark aborted 133 of 137 babies diagnosed with Down’s, based on national statistics.  In other words, only four babies with Down’s were ‘allowed’ to live.”