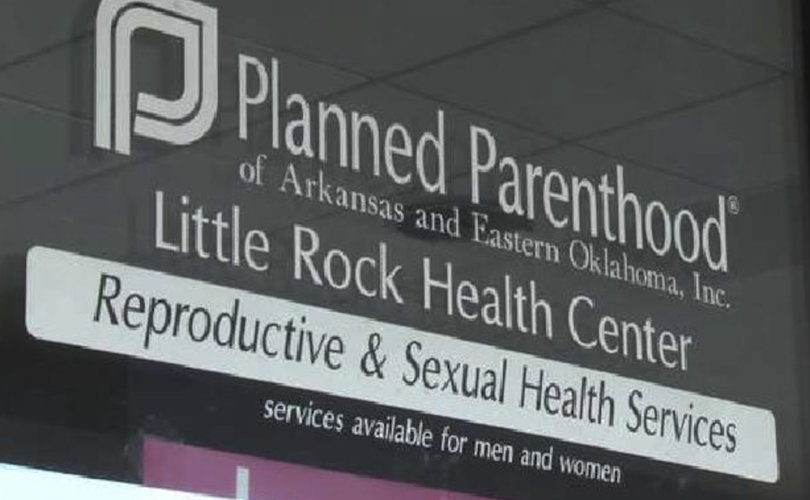 “The law that we were trying to get blocked went into effect immediately, and the immediate results were we had to turn away from the clinic people who were scheduled to take the pill,” Dr. Stephanie Ho of Planned Parenthood Great Plains in Fayetteville confirmed to NBC News.

Earlier this week, the Supreme Court rejected a petition to block a 2015 law requiring physicians who dispense abortion-inducing drugs to have admitting privileges at nearby hospitals. Supporters of the law say it is necessary to ensure women can follow-up quickly with medical treatment for any dangerous medical complications that result from their abortions.

“As attorney general, I have fully defended this law at every turn and applaud the Supreme Court’s decision against Planned Parenthood today,” Arkansas Attorney General Leslie Rutledge said in response to the decision. “Protecting the health and well-being of women and the unborn will always be a priority. We are a pro-life state and always will be as long as I am attorney general.”

The abortionists claim obstetricians will not agree to the requirement, forcing their facilities to close down. They also complain about forcing women to travel greater distances to obtain abortions.

But pro-lifers say such complaints are more examples of the abortion industry putting business convenience above patient safety. They have warned that chemical abortions, which have grown nearly as common as surgical abortions in recent years, are dangerous to mothers as well as to their babies.

Jerry Cox, president of the Little Rock-based social conservative group Family Council, expressed skepticism that “in the whole state of Arkansas, no one doctor out of 6,000 doctors would contract.” He added that the law was necessary because a “woman bleeding shouldn’t have to check herself into an emergency room and have a doctor figure out what the problem is — her records should follow her.”

Planned Parenthood further claimed that doctors are unwilling to partner with abortionists out of fear of being “ostracized from their communities and face harassment and violence toward themselves, their family, and their private practices.” However, anti-abortion violence is rare, and the abortion giant does not address why associating with abortion would be “ostracizing” if the procedure is medically legitimate.

The abortion facilities have returned the case to federal court, where they hope to have more success invalidating the law. The 8th District Court of Appeals previously reversed a lower judge’s decision to block it, claiming there was not yet enough information on the law’s impact to base a ruling.