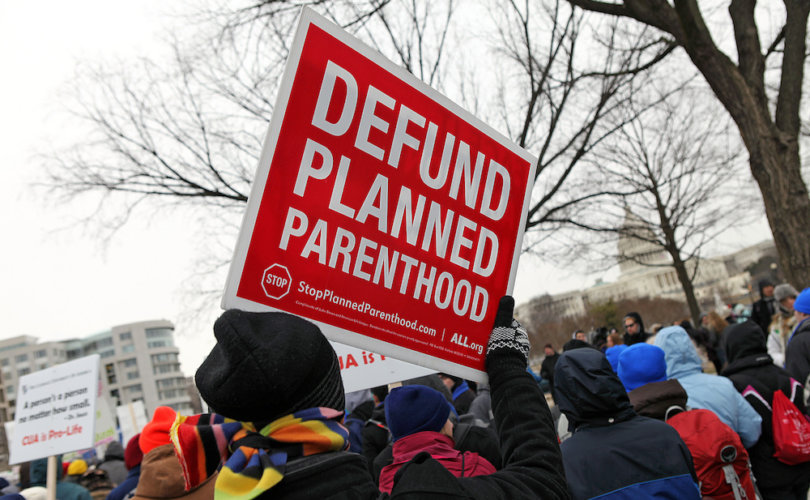 LINCOLN, Nebraska, April 4, 2016 (LifeSiteNews) – According to the state auditor, taxpayers may have spent more than $19,000 on illegal abortions at Planned Parenthood facilities in Nebraska in the last fiscal year alone.

More than 98 percent of all family planning dollars the office inspected lacked proper substantiation, according to a 341-page report issued by Nebraska State Auditor Charlie Janssen on March 24.

The auditor's office investigated all agencies that receive at least $500,000 a year from the federal government.

His investigative team found that the state Planned Parenthood affiliate had illegally billed federal Title X family planning services – which is supposed to pay for contraception, STDs, and breast and cervical cancer screenings – for performing abortions, instead.

At the outset, the office estimated that $1,787,608 of a total of $1,815,199 of taxpayer dollars were “at risk” for misuse due to incomplete record keeping or lack of compliance with the law.

Of 10 program income expenditures, one included $1,970 physician's fee for performing one or more abortions.

Of 10 pathology expenditures, two were related to abortion. Planned Parenthood admitted the $1,260 in charges related to “products of conception” from abortion, not miscarriage services.

“Three of eleven employees tested had travel reimbursements that were not consistent with timesheets and appeared related to abortion services, resulting in questioned costs of $255,” the report states. The three employees charged family planning services for their travel time to perform abortions at least eight separate times.

A clinic manager also charged for two hours of on-call time for performing an abortion.

“Total expenditures reviewed for Planned Parenthood of the Heartland were $54,572, of which $3,537 we noted related to abortion services,” they found.

That means more than six percent of the Title X funds Planned Parenthood received had illegally been used to pay for abortion.

Planned Parenthood of the Heartland received $297,976 in family planning funding in 2015. If the same rate of misappropriations held throughout the year, taxpayers would have paid $19,308.84 for illegal abortion procedures in Nebraska in 2015 alone.

However, the statutory language of Title X – a federal program passed in 1970 aimed at “Population Research and Voluntary Family Planning” – states that “none of the funds appropriated under this title shall be used in programs where abortion is a method of family planning.”

The report found additional issues, as well. For instance, 38 percent of Planned Parenthood customers were not charged properly.

“None of the three [Planned Parenthood] subrecipients had adequate documentation to support the amounts reported to the Agency,” the report said.

These alleged misrepresentations amount to only one state in one year.

In 2012, the Alliance Defending Freedom released a 23-page report that found Planned Parenthood could be guilty of up to $99 million in waste or fraud, including the illegal taxpayer funding of abortion and abortion-related procedures.

In 2013 Planned Parenthood Gulf Coast, which is based in Texas, settled a lawsuit over defrauding Medicaid for $4.3 million.

In 2014, a Texas whistleblower accused Planned Parenthood of defrauding taxpayers by performing unnecessary medical procedures on incarcerated teenagers, who were disproportionately minorities.

Last year, Oklahoma Governor Mary Fallin reported that one in seven of Planned Parenthood's charges to the state “are inaccurately coded or insufficiently documented.”

Planned Parenthood of the Heartland told the Omaha World-Herald these were private funds that had been “miscoded,” and spokeswoman Angie Remington said the report is “very clear this is targeting Planned Parenthood.”

The section discussing Planned Parenthood takes up only a handful of pages in the auditor's comprehensive statewide report.

A spokesman for Gov. Pete Ricketts said the report “dovetails exactly with the governor’s concerns from almost a year ago about Planned Parenthood’s abortion activities,” when he ordered Planned Parenthood investigated in relation to undercover videos concerning the sale of aborted human organs and tissue. It uncovered unrelated violations.

Janssen's office presented its conclusions to the U.S. Department of Health and Human Services in Kansas City, which told the World-Herald it agrees with its findings. But the Obama administration has not said whether it will impose any sanctions against Planned Parenthood for illegally funding abortion.

Janssen, a Republican, said that he merely wanted to account for federal funds administered locally by the Nebraska Department of Health and Human Services.

While federal abortion funding is “a very passionate topic for people,” Janssen said he did not “think this should rise to the level of the federal government withholding funds” from Planned Parenthood.

“Compliance with the law should not be sacrificed for the sake of Planned Parenthood's bottom line,” he said. “They have taken advantage of the American taxpayer for too long.”