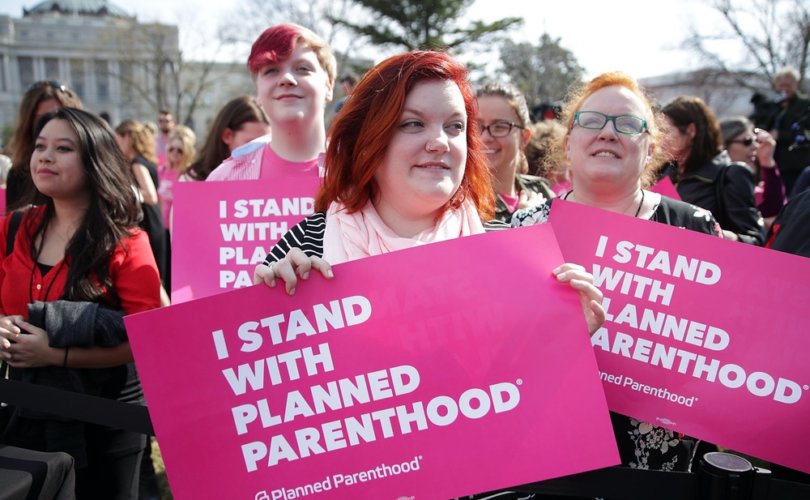 LOS ANGELES, California, December 13, 2018 (LifeSiteNews) – The abortion giant Planned Parenthood’s brand of sexual “health care” will soon be within the halls of dozens of California public schools, and Los Angeles taxpayers will be footing the bill.

Planned Parenthood announced this week a new program in which so-called “Wellbeing Centers” will be placed within 50 Los Angeles public schools, the Washington Post reports. The program is funded for the next three years with Planned Parenthood putting up $6 million and Los Angeles County spending $10 million.

Planned Parenthood says the centers will not commit surgical abortions onsite, but will offer sexually transmitted disease testing and treatment, pregnancy counseling, and a range of birth control options, as well as training for teens themselves to become “peer advocates” to preach Planned Parenthood’s ideas about “safe sex.”

Students will be free to leave classes for appointments at the centers. School officials and parents alike will be barred from accessing details about what transpires in these appointments without the student’s consent.

Los Angeles County Department of Public Health director Barbara Ferrer defended the program as a way to support students’ “general well-being, the ups and downs of being a teen,” as well as to address high rates of STDs among young people. “Teens listen to other teens,” added 23-year-old Planned Parenthood staffer Jennifer Rivera.

Pro-lifers suspect the program will only harm youth welfare further, however.

“Planned Parenthood has been targeting younger and younger girls, through their version of sex education, beginning as early as elementary school, which encourages people to make bad choices,” said Kristan Hawkins, President of Students for Life of America. “That’s how they make money as they profit from creating crisis through bad choices and then selling abortions to those same students.”

“We don't let cigarette companies run smoking education. Why would we let an abortion sales team tells students about their choices for life?”

Birth control is already widely available in the U.S., and studies indicate that promoting it even more will actually increase unintended pregnancies by encouraging people unprepared for parenthood to engage in “safe sex” instead of abstinence. (Additionally, various “contraceptive” methods such as Plan B actually have the capacity to function as abortifacients, rather than being an alternative to abortion.)

Pro-lifers have also argued that Planned Parenthood’s ideas about “safe sex” actually increase unintended pregnancy, by encouraging sexual “exploration” among minors rather than taking a firm line that sex should be delayed until adulthood or marriage. This is believed to come partly out of the “progressive” movement’s far-left ideology and partly in order to generate more demand for Planned Parenthood’s services.