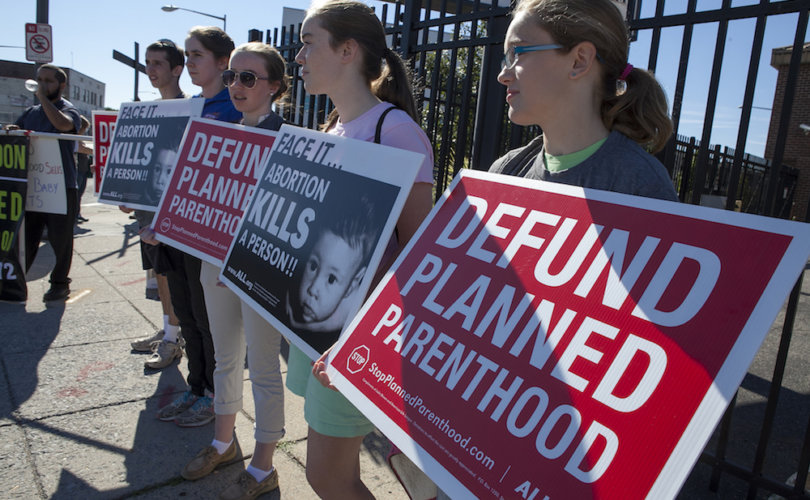 WASHINGTON, D.C., April 5, 2016 (LifeSiteNews) – The consent forms that Planned Parenthood uses to convince mothers to turn over their aborted babies' body parts, organs, and tissue are “inappropriate” and erroneous, according to a witness who testified in favor of the abortion provider.

The consent form was drawn up by Planned Parenthood Mar Monte, which has dozens of locations across California and Nevada.

“Research from the blood from pregnant women and the tissue that has been aborted has been used to treat and find a cure for such diseases as diabetes, Parkinson’s disease, Alzheimer’s disease, cancer, and AIDS,” it reads.

There is no cure for any of the diseases mentioned, a fact not lost on Republican members of the Select Panel on Infant Lives, where the form was discussed during its March 2 hearings inside the Capitol.

“I'll say, I lost my mother last year with Alzheimer's,” said Rep. Vicky Hartzler, R-MO, a pro-life stalwart on the committee. “I am not aware that there is a cure out there. This is news to me.”

She noted that, while the federal government requires consent to be given before donations may be made legally, the government says any undue inducement may invalidate the consent.

Promising to cure cancer may be such an inducement.

Dr. Lawrence Goldstein, a professor at the University of California at San Diego, testified in favor of the use of embryonic stem cells in scientific research and is a donor to Planned Parenthood in San Diego.

But he said under oath that he believed the consent form was “inappropriate.”

Rep. Watson Coleman, D-NJ, asked him, “Do you believe that anything on that form is…[a] misrepresentation to women who are being asked to consider whether they will donate this tissue?”

“If it’s the form that says, therapies for diseases such as Alzheimer’s and all the rest have already been found, I agree, that’s an inappropriate statement that should not have been made on that form. I don’t know who wrote it,” he said, but “that would not have made it past my IRB [Institutional Review Board], either.”

The Center for Medical Progress, which spurred Congress to act on this issue after releasing a series of undercover videos of Planned Parenthood officials discussing the harvesting of fetal organs and tissue, said this is more proof that “Planned Parenthood’s baby parts trafficking scheme cannot stand up to independent scrutiny.”