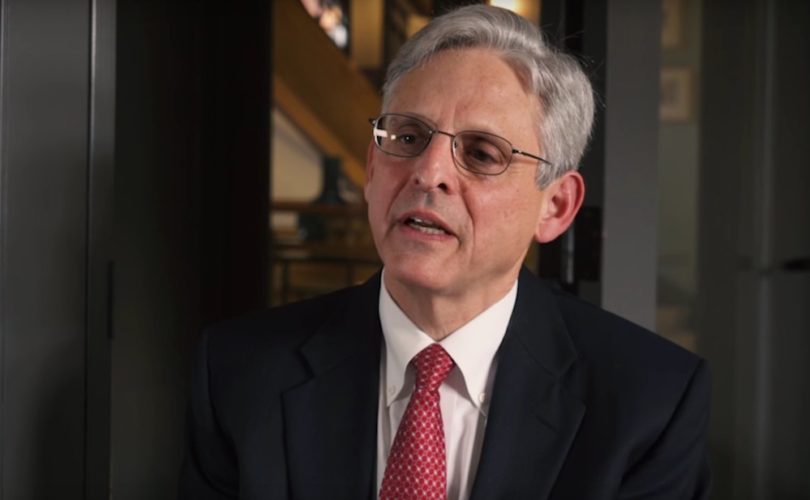 Planned Parenthood CEO Cecile Richards was on hand at the White House for a Women's History Month event when President Obama nominated Garland for the seat left vacant by Justice Antonin Scalia yesterday.

“Judge Garland seems like a responsible and qualified nominee,” she said shortly after the ceremony.

“Your posturing on Justice Scalia's replacement is irresponsible and unprecedented in the modern era,” a form e-mail drawn up by Planned Parenthood states. “You say you care about the Constitution — prove it. Follow the law and give the President's nominee, Merrick Garland, a timely confirmation hearing and a vote.”

Richards proposed holding hearings as a fact-finding mission on the judge, who has served on the Second Circuit Court of Appeals for 19 years. “There’s a lot that we don’t know about his judicial approach, and that’s why the Senate needs to do its job and hold a fair hearing and up or down vote. A hearing is the American people's chance to learn more about Judge Garland, his qualifications and his judicial temperament,” she said.

Hogue took a similar approach, noting that Judge Garland, who has reportedly never ruled on the matter of abortion, “does not have a public record on reproductive rights, and Senate Republicans’ obstruction denies all of us our right to know where this nominee stands.”

Republican senators have largely held firm on their vow not to hold any hearings, much less schedule a vote, on any Supreme Court justice nominated for the duration of President Obama's tenure. Pro-life groups intensified their calls for Senate leaders to maintain discipline after yesterday's nomination ceremony.

Not all feminist organizations are as complimentary as Planned Parenthood and NARAL, though.

His “record on issues pertaining to women’s rights is more or less a blank slate,” the organization said. NOW also found it “unfortunate … that we have to continue to wait for the first African-American woman to be named” to the High Court.

The organization strongly opposed the nomination of Justice Clarence Thomas, the second black justice in the court's history.

GOP firm against SCOTUS hearings for Garland, but some break ranks