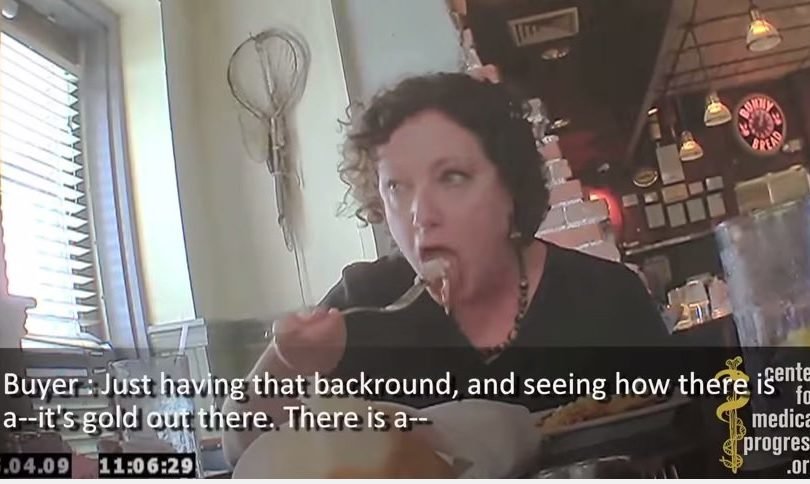 HOUSTON, August 4, 2015 (LifeSiteNews) – A Planned Parenthood official told undercover investigators that dissecting aborted babies to extract their organs for sale is “fun,” according to a transcript made available by the Center for Medical Progress.

Melissa Farrell, the director of research for Planned Parenthood Gulf Coast, stars in the fifth video release from CMP, which shows footage of hands sorting through the body parts of a baby who was aborted at 20 weeks.

The 119-page document includes every moment of the discussions actors had with Farrell and other employees of a Planned Parenthood abortion facility in Houston in April.

Farrell says at one point that if abortionists alter their abortion technique, “we are able to obtain intact fetal cadavers.”

The actor, portraying a buyer from a human biologics company eager to obtain fetal organs, discusses his fictional company's need for usable tissue and body parts.

“It would be exciting, too, if you needed it [the aborted baby's corpse] dissected, because LaShonda and I are the most Curious George of the group,” Farrell says, according to the transcript.

“I know it’s sickening on some level, but it’s fun,” she added.

“Once again, these undercover videos show the callousness of Planned Parenthood to eagerly strip away the human dignity of the prenatal child, rip it up (or keep it intact for a higher fee) and sell the baby piece by piece,” said Kristan Hawkins, the president of Students for Life of America (SFLA).

The nation's largest abortion provider has responded to previous video releases by saying that the videos are “heavily edited” and misrepresent their practices and policies. To date, the complete and unedited footage of the fifth video has not yet been released. However, full videos of the exchanges have accompanied each edited video thus far.

Cecile Richards, the president of the national organization, has been adamant that the organization profits in no way from what she calls the “donation” of fetal tissue.

“Planned Parenthood’s spin in trying to push back against the horrific images of picking through the bodies of aborted infants falls flat and misses the point,” said Americans United for Life President and CEO Dr. Charmaine Yoest. The drip of video releases featuring high-level employees “reveals a deepening morass of moral, ethical and legal entanglement for Planned Parenthood, including possible infanticide.”

Their statements were made before the transcript, and Farrell's enthusiasm to perform fetal dissections, was made public.