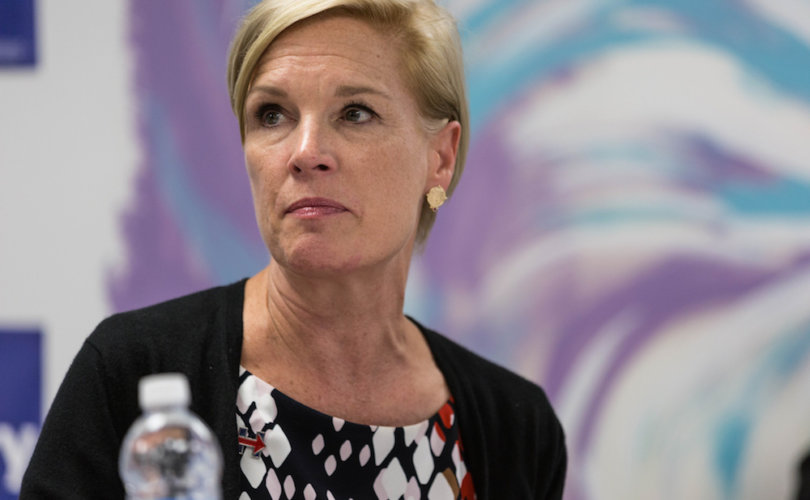 April 5, 2017 (LifeSiteNews) – Abortion supporters bemoaned the Trump administration's withdrawal of funding to the United Nations Population Fund (UNFPA), which cooperates with forced abortion in China, as “cruel and dangerous.”

The President of Planned Parenthood tweeted that UNFPA prevents “unsafe abortions,” not mentioning that every single abortion is unsafe for the child it destroys.

Quote of the Day, by @LieslHRW, on Trump's decision to cut funding to the UN Population Fund, agency for maternal health and family planning pic.twitter.com/zcjUjSKjHG

And, the reason the state department gave for withdrawing funding to UNFPA is because of its direct cooperation with forced abortion in China.

“The Chinese Government employs measures such as coercive abortion and involuntary sterilization to carry out its population-control policies,” a memo it sent to the U.S. Senate Committee on Foreign Relations said.

“UNFPA first began its program in China in 1978,” the memo continued. “All of the organization's programs in China are subject to national laws and local regulations, including the Population and Family Planning Law and the corresponding provincial implementing regulations that provide the framework for the country's coercive birth policies…By implementing a portion of its family planning program in partnership with [the Chinese government], UNFPA provides support for the NHFPC's implementation of China's family planning policies, which includes coercive elements.”

A law called the Kemp-Kasten Amendment “prohibits funding for any organization or program that, as determined by the President, supports or participates in the management of a program of coercive abortion or involuntary sterilization.” The state department cited this.

NARAL implied it's not “pro-life” to cut off funding to an organization that participates in forced abortion and sterilization.

But pro-life advocates pointed out that nothing about forced abortion is empowering to women. Culture of Life Africa Founder Obianuju Ekeocha tweeted pictures of UNFPA “hypersexualizing the youth.”

Thank you @POTUS & @StateDept Tillerson for defunding the @UNFPA due to its involvement with China's forced abortion program #ProLife pic.twitter.com/fDMkT1jdSB

UNFPA has been defunded by USA, so there's lots of screeching & screaming by liberals.
But UNFPA is notorious for hypersexualizing the youth pic.twitter.com/uNbla1Eyel