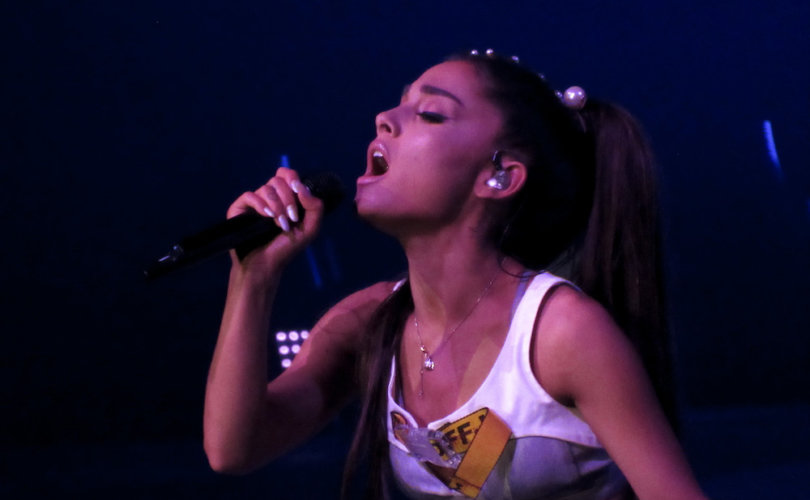 August 28, 2019 (LifeSiteNews) – More than 130 music artists have joined forces with Planned Parenthood to protest the various pro-life laws advancing across the United States.

“Musicians across the country are standing in solidarity with Planned Parenthood,” the abortion giant declares on its new “Band Together” page. “They’re saying access to sexual and reproductive health care is about the same type of freedom that allows them to create music and speak their truth — because no one is free unless they control their own body.”

The page asks people to sign a petition calling on politicians to “get your [abortion] bans off my body,” otherwise “we cannot be truly free or equal.” The abortion giant hopes to collect half a million signatures by January 22, 2020, which will be Roe v. Wade’s 47th anniversary.

Billboard reports that the campaign launched this weekend with a full-page ad in Billboard Magazine, and plans to feature a Planned Parenthood “presence” on various artists’ tours as well as music festivals such as Jay-Z's Made in America in Philadelphia and Music Midtown in Atlanta.

“I’m proud to be standing up for Planned Parenthood as they fight for fair and equal access to reproductive rights,” 17-year-old singer Billie Eilish declared. “We cannot live freely and move fully in the world when our basic right to access the reproductive health care we need is under attack.”

“Artists can highlight how out-of-touch some of our politicians are in this space,” interim Planned Parenthood CEO Alexis McGill Johnson told Billboard. “They can hold up a mirror and say, [to quote] Marvin Gaye, ‘What’s going on?'”

Polling data suggests the artists themselves are the ones out of touch, however. In April, pollster Scott Rasmussen released a survey finding that when registered voters are informed that fetal heartbeats can be detected as early as six weeks, 56 percent of respondents support banning abortion at that point.

Last summer, Gallup found that a combined 53 percent of Americans think abortion should be legal in “few” or “no” circumstances (which Gallup has consistently found at or above 54 percent from 1995 through 2017). Other surveys from CNN/ORC International and the Marist Institute also find consistent majority support for either banning abortion completely or limiting it to rape, incest, or medical emergencies.

The Polling Company, Inc./WomanTrend found in January that 42 percent of Americans aged 18-34 oppose legal abortion and an additional 28 percent back greater restrictions than are consistently on the books today, such as requiring parental notification and banning late-term abortion and taxpayer funding of abortion. Fifty-six percent oppose telemed abortions, while 48 percent prefer that tax dollars go to Federally Qualified Health Centers instead of Planned Parenthood.

The only major aspect of the abortion debate on which the abortion lobby enjoys strong majority support is on whether to overturn Roe, but pro-lifers argue those results are largely a byproduct of widespread ignorance of the 1973 ruling’s history and effects. The Polling Company/WomanTrend also found that millennials’ favorability toward Roe dropped once they learned it effectively permits abortion through all nine months of pregnancy and protects the use of abortion as contraception or to eliminate children of a particular sex.