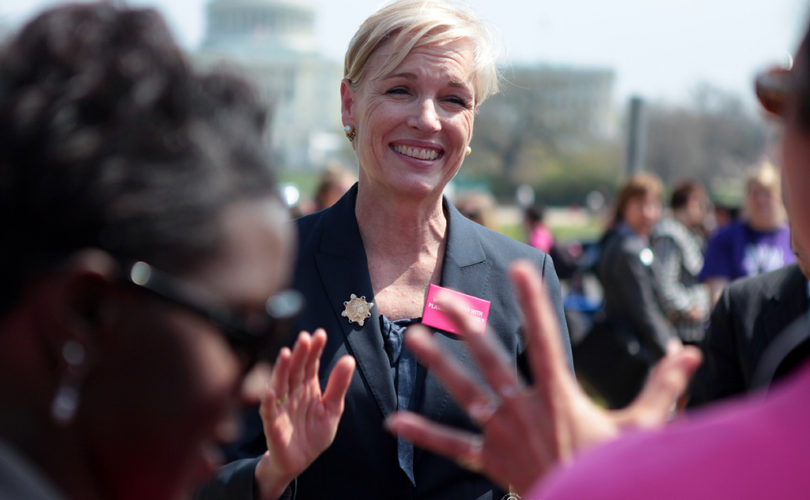 Planned Parenthood performed 327,653 abortions and received more than $528 million in tax dollars, according to its annual report for the last fiscal year.

That represents an increase of 487 abortions over 2012, when the organization performed 327,166 abortions and received $540.6 million in tax revenues.

During the period covered by the report – from July 2013 to June 30, 2014 – abortions accounted for 94 percent of their services to pregnant women, according to an analysis performed by the Susan B. Anthony List.

Prenatal care and adoption referrals continued their steady decline. The abortion giant reports making 1,880 adoption referrals, down 14 percent from the previous year. Its offices provided prenatal services for only 18,684 women.

Planned Parenthood performed more than 17 abortions for every one woman it helped with prenatal services.

Its provision of more than a million abortions over the last three years have helped profits to soar. Planned Parenthood made $127 million in profit during the last fiscal year 2013-14. Its total net assets exceed $1.4 billion.

“For decades now, Planned Parenthood has operated the most proficient killing machine in the United States,” said Douglas R. Scott, Jr., president of Life Decisions International (LDI), based in Front Royal, Virginia. “And the machine continues to be oiled by American taxpayers.”

LDI announced that 313 corporations have opted to end their funding of Planned Parenthood, depriving the organization of $42 million in revenue.

Planned Parenthood claimed over the last year to have seen a 91 percent increase in the use of IUDs and implants, forms of long-acting reversible “contraception” that are abortifacients.

It also boasted of its assistance during the production of the film Obvious Child, “an edgy, hip, funny” abortion romance.

“Planned Parenthood claims to be an altruistic health care provider for women and girls but their bottom line is all about abortion,” Dannenfelser said.