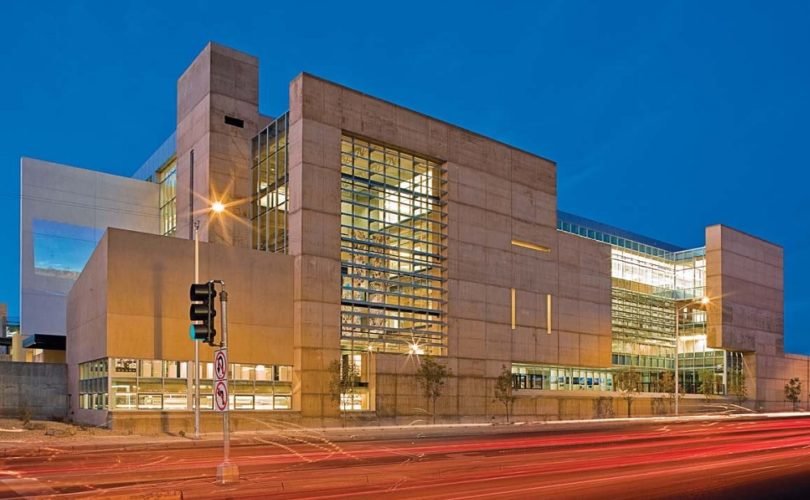 One of the featured seminars, led by Albuquerque abortionist Diana Koster, was “education” on birth control, abortion, and sexually transmitted diseases. But her lecture was really “miseducation,” according to Sade Patterson, UNM's president of Students for Life.

“SexUality Week at UNM was a week full of miseducation,” Ms. Patterson charged. “Koster claimed that the pill is safer than being pregnant – not giving any evidence for this. When asked, she also denied that the pill has been ranked as a carcinogen and increases the risk of breast, cervical, and liver cancer, despite evidence of this supported by organizations such as the National Cancer Institute.”

Ms. Patterson confronted Koster about the risks of abortion, “which has been proven to lead to breast cancer, an increased risk in suicide, Post-Abortion Stress Syndrome, infertility, and many other complications.”

Koster's response? “Safe legal abortion, done by the proper providers…umm…the only real risk is an infection if the person doesn't take their antibiotics.”

Ms. Patterson concluded, “It become very evident to me that promoting Planned Parenthood – where 86 percent of its revenue comes from abortions, where its officials often do not report sexual assault, and which is under the investigation for selling aborted fetal parts for profit – was more important to Koster than telling women the truth about the risks of birth control and abortion.”

“Planned Parenthood continues to deny scientific evidence of when life begins,” Kristina Hernandez, Director of Communications for Students for Life of America, told LifeSiteNews.  “This generation grew up with the technology of ultrasounds, which clearly show a heartbeat and the growing life inside the womb from very early in pregnancy.”

“It's an insult to Millennials that Planned Parenthood continues to perpetrate such falsehoods,” Ms. Hernandez added, “but then again, they sell out women, and in some cases their preborn babies for body parts, so it's makes sense they would say whatever it takes to get customers and bolster their bottom line.”

The detrimental effects of both contraceptives and abortion have been established science for many years. The National Cancer Institute at the National Institute of Health reports, “The risk of breast and cervical cancers is increased” with the use of chemical (oral) contraceptives.

According to a 2007 Oxford University study, oral contraceptives double the risk of cervical cancer – and the high risk persists for 10 years even after one stops taking the pill.

Planned Parenthood-supporting organization the Susan G. Komen Foundation notes that women who have taken the birth control pill have a “10 to 30 percent higher risk of breast cancer than women who had never used the pill.”

In 2005, the World Health Organization listed the birth control pill as a “Group One” carcinogen – its deadliest rating.

Additionally, women who use artificial contraception are more likely to develop blood clots, which may in turn trigger heart attacks even in young, healthy women.

The health dangers of abortion are well documented, too. “Abortion actually increases the chance of maternal death in later pregnancies.” Ectopic pregnancies are twice as likely for women who have previously aborted their baby, and quadrupled for women who had more than one previous abortion.

A punctured uterus is not uncommon in surgical abortions and can cause sterility and even death. At least 24 American women died in the mid-seventies alone from perforated uteruses during abortion.

It is important to note that these statistics are just from the complications that are reported, and abortionists do not always give out such information.

Overall, ten percent of abortions result in immediate complications, of which one fifth (2%) are major. But most complications don't show up immediately.

None of this takes into account the emotional and psychological and spiritual detrimental effects of abortion. Fully half of all women who have abortions report experiencing emotional and psychological problems lasting for months or years, including acute grief, depression, anger, fear, preoccupation with babies, nightmares and flashbacks, frigidity, relationship breakup, alcohol and drug abuse, eating disorders, anxiety, the “anniversary syndrome,” and suicide.

During the “SexUality Week,” students were also taught at UNM – by a Jewish Rabbi and a Unitarian minister – that the Bible supports premarital sex, polygamy, and homosexual behavior.