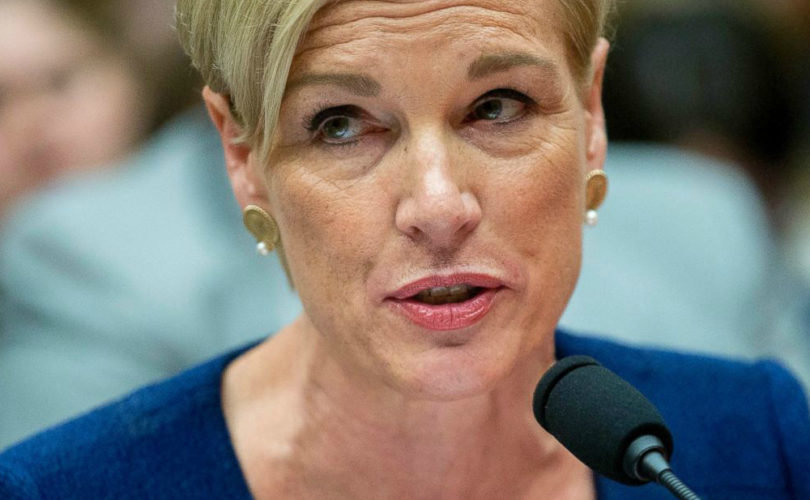 October 18, 2011 (LifeSiteNews.com) – Planned Parenthood President Cecile Richards dismissed any concern about her nearly $400,000 annual salary for heading up the non-profit organization as a “red herring” after being pressed on the issue in a recent interview with Williamette Week.

“It’s public record. It always has been,” Richards said in response to a question about why Planned Parenthood has refused to respond to inquiries about her pay. “I work hard for my salary, and I think that’s a red herring.

“Planned Parenthood is the most cost-effective provider of family planning services in this country. The far right has done everything they can to undermine us and to create non-issues, which I think that is,” she said.

Pro-life advocates have launched an all-out assault against Planned Parenthood’s funding this year, observing that the abortion giant receives some $350 million in taxpayer funding every year, but continues to post massive profits. Some have pointed to Richard’s sizable salary as an indication that the organization doesn’t require taxpayer support.

Earlier this month a bill was introduced into the U.S. House that would defund Planned Parenthood federally. Rep. Denny Rehberg of Montana, chairman of the House Labor, Health, and Human Services Appropriations Subcommittee, proposed the appropriations act that would prevent the use of any funds from major U.S. departments from being channeled to any Planned Parenthood affiliate or clinic that performs abortions.

“By spending tax dollars strategically, we can balance critical funding for programs that actually help people and families with the real need to rein in government over-spending,” Rehberg said at the time.

In the recent interview, Richards was also grilled on her views on laws that require women to view ultrasounds of their unborn children before going through with an abortion. Richards denounced the laws, arguing that they “basically assume women are incapable of making their own personal, responsible decisions about their health care.”

Richards also accused the Republican-controlled U.S. House of getting in the way of moving towards making abortion “safe, legal and rare.”

“That’s actually the most disturbing thing about what’s happened this year,” she said. “What the House of Representatives tried to do was essentially say that [women] could no longer go to Planned Parenthood for basic birth control, cancer screenings, STD testing and treatment. They were going after the kinds of services that women depend on to not have an unintended pregnancy.”