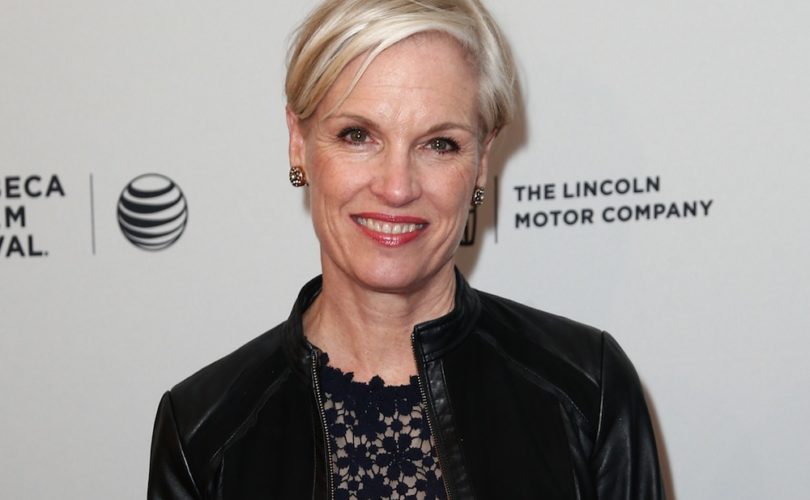 For someone whose party lost the midterm elections in a blowout, the president of Planned Parenthood is displaying tremendous confidence. Cecile Richards said she expects to “defeat” a bill that would ban abortions after 20 weeks.

“This is an unconstitutional ban, and this is something we expect to defeat,” Planned Parenthood Action Fund President Cecile Richards said during a press conference at the National Press Club on Wednesday.

“The people of this country believe Congress should be focused on making people's lives better,” she said.

Richards warned that “the new Congress is introducing an anti-women’s health bill at the rate of one every single day that they’re [sic] in session.” The 114th Congress began its legislative session nine days ago, and members have introduced five pro-life bills.

She denounced the legislative agenda as encompassing everything from “an unconstitutional ban on abortion at 20 weeks, to medically unnecessary restrictions on abortion providers, to legislation that would block Planned Parenthood from family planning funding.”

In a separate press conference at the National Press Club today, Marjorie Dannenfelser, president of the Susan B. Anthony List, said it was time for the pro-life movement “to go from defense to offense.”

Analysts believe the Pain Capable Unborn Child Protection Act introduced by Trent Franks will pass the Republican-controlled House by a larger margin than it did in June 2013. It will likely receive more than 50 votes in the U.S. Senate, now controlled by Republicans, including bipartisan support from West Virginia Democratic Sen. Joe Manchin and possibly others.

But Richards said flatly, “I think there are the votes to block the 20-week ban in the Senate.”

Dannenfelser admitted, “The hard hill to climb will be reaching 60,” the number of votes necessary to overcome a Democratic filibuster. Sen. Lindsey Graham, R-SC, who introduced the bill in the Senate in 2013 and is likely to reintroduce the act into the upper chamber soon, has acknowledged the votes to overcome Democratic obstruction do not seem to be there.

Pro-life leaders encourage citizens to contact their representatives and senators to express their support for the bill in the hopes of swaying centrist legislators.

If the 20-weeks ban passes, President Obama has promised to veto it. No one on either side of the aisle believes Congress could override his veto.

“This president has been a champion for women,” Richards said.

Pro-life strategists believe that if Republican candidates campaign on ending late-term abortion, it could help turn out the GOP's socially conservative base, which has stayed home for the last two presidential elections. Dannenfelser counseled, “It would be an enormous mistake for pro-life candidates not to bring up this issue” in 2016.

But Richards said the GOP is headed for extinction and referred to a Republican Party that upholds a commitment to life as “a small iceberg that is floating out to sea.”

Richards added, “Politicians who are trying to erase women's progress are on the wrong side of history.“