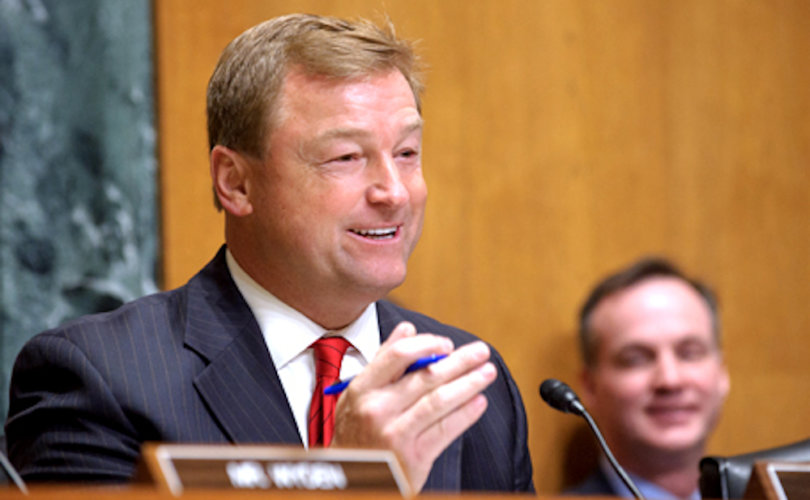 Sen. Dean Heller, R-NV, told a town hall event “I will protect Planned Parenthood” and that he has “no problem with federal funding” for America's largest abortion provider. These statements pleased the abortion activists present, but they also booed him for saying states should be able to defund Planned Parenthood if they wish, and that he supports federally qualified community health centers too.

“Extreme special interest groups are pressuring Senator Heller to take away care for the nearly 18,000 Nevadans who rely on Planned Parenthood,” a female narrator says in the video released by Planned Parenthood Action.

Heller's communications director walked back his comments, telling LifeSiteNews that Heller is “opposed to providing federal funding to any organization that performs abortions and is supported by taxpayers' dollars.”

Heller, who began his political career supportive of abortion and then identified as pro-life, is up for re-election in 2018.

“Senator Heller has worked hard to improve women's access to healthcare and the quality of care they receive,” Heller spokeswoman Megan Taylor told LifeSiteNews after his confusing remarks. “While he doesn't have a problem with many of the healthcare services Planned Parenthood offers to women, he is opposed to providing federal funding to any organization that performs abortions and is supported by taxpayers' dollars; he has a long record that reflects his position.”

Tell @SenDeanHeller to keep his promise and protect access to care at Planned Parenthood. #IStandWithPP https://t.co/jkaG7BST7P