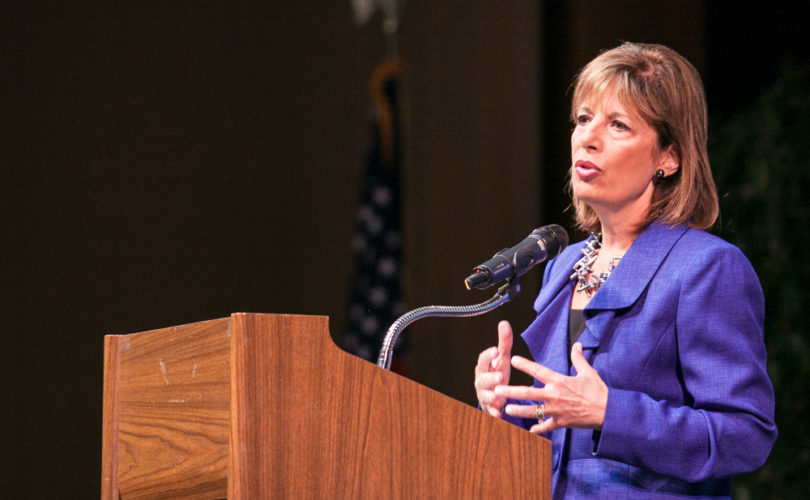 “The one muscle Republicans are not exercising are their brain,” said Congresswoman Speier, an outspoken supporter of abortion, during a two-minute-long floor speech on Wednesday before the vote.

“American women are there scratching their heads thinking, 'Why do the Republican leadership hate us so much?'” Speier asked.

“Planned Parenthood protects life by providing more than 900,000 cancer screenings a year, and millions more receive services through Planned Parenthood,” she continued. “Why are Republicans trying to deny us from accessing this very vital health care?”

Its most recent annual report showed that Planned Parenthood performed 123,226 fewer breast exams during 2014-2015 than it had in the previous fiscal year.