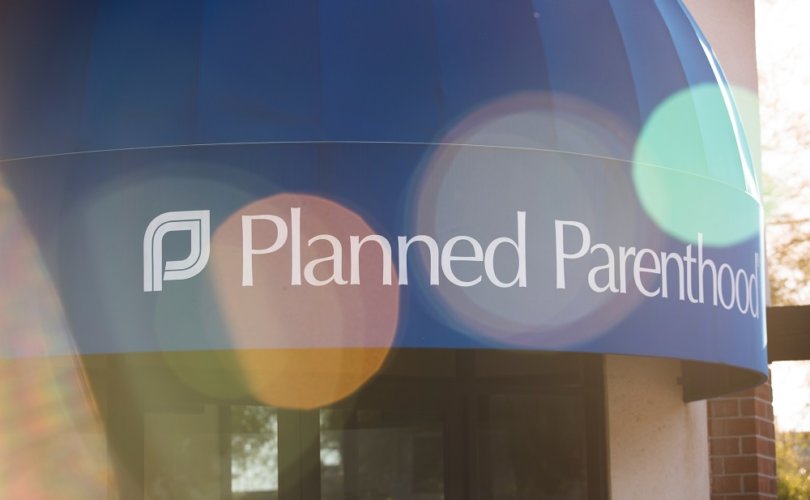 STOPP, an initiative dedicated to educating people about Planned Parenthood, has documented the abortion vendor’s increased focus on do-it-yourself abortion, a move that will increase profits for the “non-profit” abortion business.

According to plannedparenthood.org, the vendor’s average charge for a pill abortion is $580, “though it can cost up to around $800.” The combined abortifacient cocktail of mifepristone and misoprostol retails for just over $30 retail at some pharmacies. While procedures seem to vary between locations, Planned Parenthood prescribes the pill regimen via video calls, with no physical exam. The baby’s gestational age is determined by asking the mother the date of her last period. Planned Parenthood employees may then instruct the woman to pick up the abortion pills at one of the organization’s facilities or guide her in making arrangements to receive the pills by mail.

“Of course Planned Parenthood would be eager to increase its volume of low overhead, yet lucrative, DIY abortions over surgical abortions that require comparatively expensive equipment, space, and personnel,” noted Diller. “And Planned Parenthood stands to incur less liability by directing women to self-administer the abortion pills.”

Despite Planned Parenthood’s claim that these DIY abortions are “perfectly safe,” at least one lawsuit illustrates that this claim is dangerously dishonest.

A gross negligence lawsuit brought against a New York Planned Parenthood affiliate and two of its abortion centers charges that one woman was given a “fifteen minute, two-second telehealth conference” without any physical exam prior to being provided with a prescription for the abortion pills. According to court documents, the pregnant woman received no “ultrasound or other scan” and was given no consent forms to sign before the pills were dispensed to her. After following the regimen as instructed by Planned Parenthood, who told her she was six weeks along in her pregnancy, the expectant mother delivered her fully formed 30- to 36-week-old stillborn baby boy into a toilet after a horrific labor, resulting in physical, emotional, and mental trauma to her.

The filing in the case before the New York Supreme Court stated that when the woman took her dead baby to Planned Parenthood the next day, she was told that they would dispose of the baby and advised her that she should not call law enforcement.

“What it comes down to is that Planned Parenthood is maximizing profits with its self-initiated ‘no-test’ abortion pill protocol, while putting women at dramatically increased risk,” Diller explained. “Without ultrasound or other scans or exams, there is no attempt to confirm the gestational age of the baby or rule out dangerous ectopic pregnancies.”

“Planned Parenthood’s attempts to offload culpability while pushing DIY pill abortions to increase its profit margin clearly demonstrate that this is a business that continues to put profits ahead of care for patient’s health and lives,” she added. “This so-called ‘non-profit’ is pocketing the money while disgracefully endangering mothers and sacrificing their babies to increase the bottom line.”