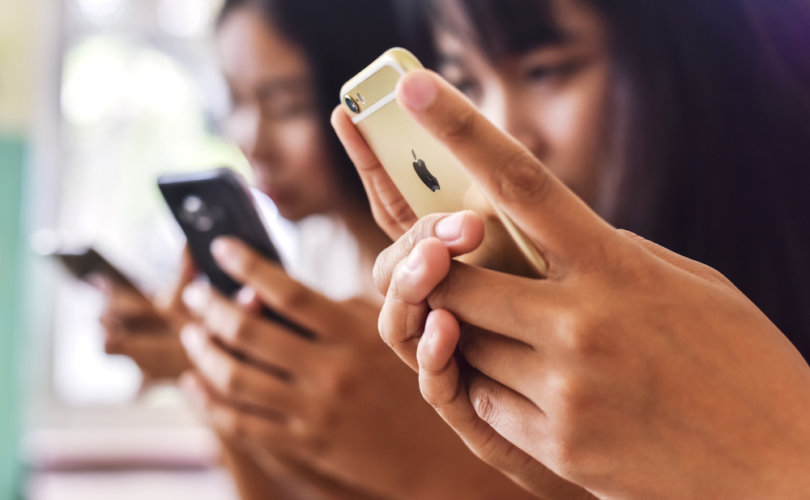 January 28, 2019 (LifeSiteNews) – America’s top abortion chain is rolling out a new product meant to cut out any middleman between themselves and children searching for information and guidance about sex, contraception, and abortion: a new automated chat program to directly answer whatever questions they may have.

Roo is a “chatbot” operated by artificial intelligence and accessible via smartphones. Intended for kids between the ages of 13 and 17, it is meant to compensate for children who “don’t have access to sex education or only have access to programs that teach abstinence,” the Wall Street Journal paraphrases Planned Parenthood CEO Leana Wen as explaining.

“Roo answers all your awkward questions about sexual health, relationships, growing up, and more. Chatting with Roo is free and private, so go ahead and ask the things you don't want to ask out loud,” Planned Parenthood says on its “Ask Roo” web page. Its “answers are backed by professional health educators from Planned Parenthood,” and the chatbot “gets a little bit smarter every time you ask a question.”

Young people will flock to the service because “they’re concerned about privacy, and skeptical about anything that seems to lecture or talk down to them or sounds like parents,” added Gene Liebel, a founding partner at the tech company Work & Co. that helped develop Roo.

Users can type in their own questions or choose from a selection of frequently-asked questions. Asking “What is an abortion” results in “Abortion is a legal and safe way to end a pregnancy […] there’s many reasons why someone may decide to have an abortion and only you can decide what is best for you.”

Roo answers “When are you no longer a virgin” by claiming that while most people consider it “after the first time they have sex,” sex also “means different things to different people, so it’s up to you to decide what virginity means to you.”

Readiness to have sex is simply defined as a “big decision” that should be discussed “with a non-robot person you trust.” In response to “How do you have sex without getting pregnant,” Roo suggests various forms of birth control, but leaves out the fact that none are 100% effective.

In response to “how do I get birth control without my parents knowing,” Roo says parental permission is usually unnecessary except in certain states, and that Planned Parenthood can help teens “get started on birth control.” It accepts as a given that kids should bypass their parents, and makes no effort to suggest that teens at least consider discussing the matter with them.

Notably, when LifeSiteNews manually typed the following queries – “when does life begin,” “does human life begin at conception,” “are fetuses alive,” and “I heard abortion kills babies” – Roo was unable to process any of them and suggested either rephrasing the question or speaking to a live Planned Parenthood worker.

The Daily Caller notes that the last collaboration between Planned Parenthood and Work & Co. was TrackingTrump.org, a timeline documenting decisions by the Trump administration related to contraception, sex education, and “anti-LGBT” appointees.