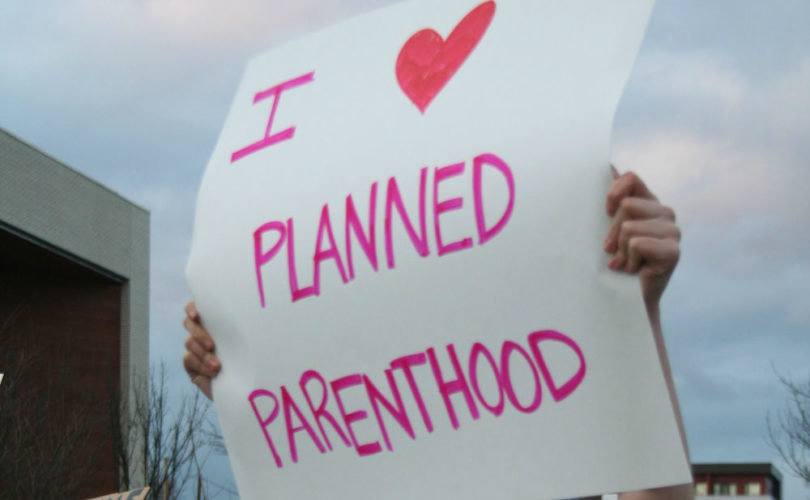 WASHINGTON, D.C., May 31, 2017 (LifeSiteNews) — Planned Parenthood’s own report shows the abortion giant continues to receive millions in government funds while it does more abortions than breast exams.

During the fiscal year, Planned Parenthood took in $554.6 million in taxpayer money. The amount is a record high for the abortion conglomerate, even though the report acknowledges a significant decrease in clients.

Patrons dropped four percent to 2.4 million, or $232 in tax funding for every Planned Parenthood customer.

Furthermore, despite fewer customers, Planned Parenthood committed more abortions — up 4,349 from the previous year to 328,348.

And that number does not include the 767,830 probable abortions via Planned Parenthood-administered “Emergency Contraception Kits.”

But in spite of its abortions being up with fewer customers, its “breast exams” are down.  In fact, according to the new report, the abortion franchise does more abortions than breast exams.

“Planned Parenthood continually lies about how important its breast cancer tests are and how trivial its abortion business is. The latest annual report shows just the opposite,” American Life League Executive Director Jim Sedlak told LifeSiteNews.

The fact is Planned Parenthood does not do mammograms, despite its propaganda proclaiming it offers more legitimate healthcare for women than it does abortions.

None of its affiliates have a single mammogram machine to x-ray for breast cancer. Its “breast exams” are nothing but a simple check a woman can easily do on her own. If a real mammogram is needed, the business refers women to an actual healthcare facility.

The same is true with most cancer screenings — despite Planned Parenthood CEO Cecile Richards’ claims that her lucrative business does them.

Richards infamously predicted in 2011 that if her company were to lose its tax funding, “millions of women in this country are going to lose their healthcare access — not to abortion services, but basic family planning. You know, mammograms, cancer screenings, cervical cancer.”

Planned Parenthood does not do biopsies, CT scans for cancer, endometrial biopsies, or many other basic cancer screenings. The abortion giant does do pap smears and STD testing.

Sedlak concludes from the report that “Planned Parenthood managed to increase its taxpayer funding while recording another $77.5 million in profit.”

“Every day Congress fails to act, 899 more American citizens die at a Planned Parenthood facility in the United States.”