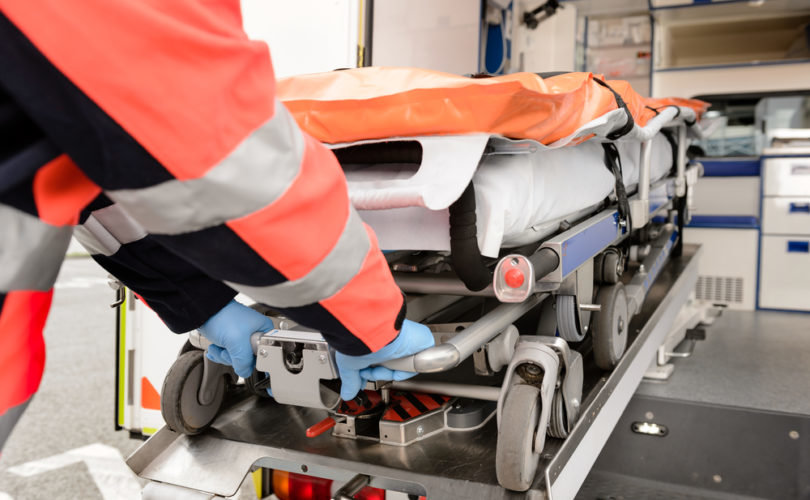 CINCINNATI, Ohio, August 4, 2017 (LifeSiteNews) — A Planned Parenthood abortion center operating without a license called an ambulance after a woman went into seizures at the abortion facility, according to an Operation Rescue video released Wednesday.

Several news outlets (here, here and here) reported the woman suffered the seizures during an abortion.

LifeSiteNews contacted Operation Rescue but did not hear back by deadline.

According to a report by Cheryl Sullenger of the Kansas-based Operation Rescue, about 10 minutes after the fire unit and ambulance arrived at the abortion facility, “a conscious woman was brought out on a gurney and loaded into the ambulance for transport to a nearby hospital emergency room.”

The Planned Parenthood abortion center’s license had expired two months earlier, on May 31, she noted.

The abortion facility “came under fire for not having a valid hospital transfer agreement,” which is required for licensing as an Ambulatory Surgical Facility in Ohio, Sullenger wrote. Nevertheless, the Ohio Department of Health granted the Planned Parenthood an ASF license last year.

This is the 26th emergency to occur at the unlicensed Planned Parenthood abortion facility in 2017, Sullenger reported.

“At this time last year, we had recorded only 14 medical emergencies at Planned Parenthood abortion facilities. 2017 looks like it will be a record-setting year, but that’s certainly not the kind of record we want anyone to set,” said Operation Rescue President Troy Newman.

“However, we know we don’t hear about every incident, so we know the number of women suffering life-threatening abortion complications is actually much higher,” added Newman.

Newman is calling for a shutdown of the Cincinnati Planned Parenthood abortion center, given it “was operating under an expired facility license at the time of the emergency.”

In 2016, Operation Rescue reported the city’s sewer department was at the Planned Parenthood abortion center several times because of “backed up drains.”