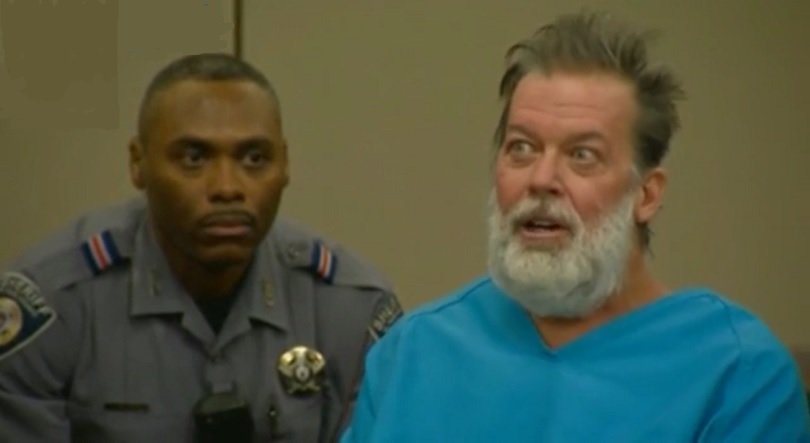 COLORADO SPRINGS, January 14, 2016 (LifeSiteNews) – The man who killed three people in a shootout at a Colorado Planned Parenthood last November said he did not choose the facility in advance but as a “spur of the moment” location to wage a war against the federal agents he believed were plotting to kill him and watching his every move.

Robert Lewis Dear Jr. added that he expects to plead guilty and receive the death penalty for opening fire inside the Colorado Springs abortion facility the day after Thanksgiving.

The decision to start shooting inside was not premeditated but “spur of the moment,” he said in an interview with the local CBS affiliate, KCNC-TV, on Wednesday. “They wanted to slay – they wanted to come for me. They wanted to start a war, so that's why I did it.”

Dear believed that the federal government had been tracking him since he criticized the ATF's handling of the standoff at the Branch Davidian compound at Waco, Texas, in 1993.

The shooter, who has been accused of being mentally unstable, believed that federal agents had tracked him across the country, broken into his trailers, and cut holes in his clothing.

“I felt like they were going to get me, and so I am going to pick where I am going to make my last stand,” he said, “and I picked Planned Parenthood because it's murdering little babies.”

Dear said he believed the feds had been following him the day of the shooting and planned to assassinate him.

The federal government “knew I was armed, knew everything about me. They slither off like snakes and they get the local cops to do their dirty work, so that's why the shootout was there.”

He said the feds warned the abortion facility's personnel to flee. “When I busted in that door on the side, all the people were gone,” he said.

During his court appearances, he has appeared unkept, his eyes at once darting and unfocused, at times shouting erratically over his court-appointed public defender, Daniel King.

King has asked the court for time to “learn the depth of Mr. Dear’s mental illness.”

“I am a warrior for the babies!” Dear shouted at his second hearing on December 9. “I am guilty!” Dear persisted. “There is no trial.”

Dear said yesterday that he will plead guilty to the charges facing him, which could grow to encompass federal terrorism charges. “I'm just an honest man, and I believe I'm guilty, so I am just going to plead guilty,” he told CBS 4.

He said he is avoiding a trial, because an extended interrogation might lead the court to question whether he is sane.

He defended his actions on pragmatic grounds, as well. “I might have saved a thousand” babies during the shooting, he said.

His actions were repudiated by the pro-life movement, as well as Christian moral leaders, in toto.

Dr. Michael Milton, the CEO of Faith for Living minstries, said, “Vigilantism is not only ethically and morally reprehensible, but the senseless violence and bloodshed that we witnessed in Colorado Springs is wicked in the sight of Almighty God.”

Remorseless, the admitted murderer offered no apologies to his victims, including police officer Garrett Swasey, a pro-life Christian pastor.

“They were there to get abortions, yeah,” Dear said.

In fact, none of his three murder victims had arrived at the office to have an abortion.

“Apologies? No,” Dear said. “I say that they are going to execute me – that will be apology enough.”