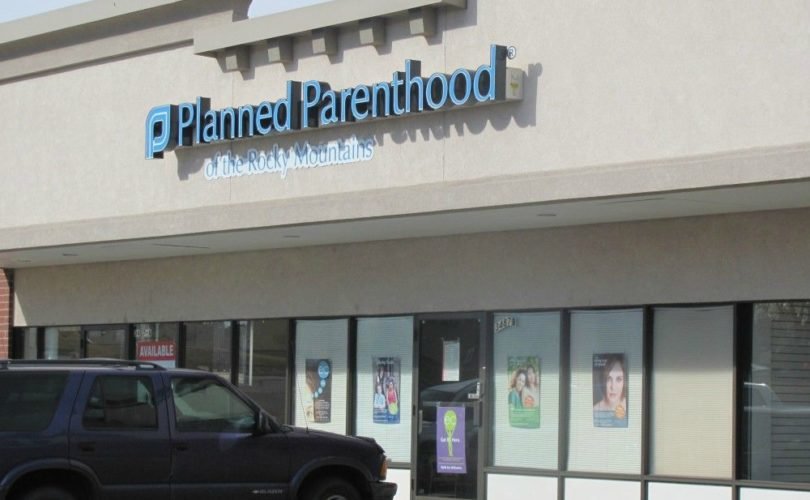 SAN FRANCISCO, April 26, 2016 (LifeSiteNews) – Not only are Planned Parenthood's charges against the journalist who exposed its fetal organ harvesting practices baseless, but the abortion provider should pay her court costs as punishment for trying to squelch her free speech, her attorneys said today.

Liberty Counsel represents Sandra Merritt, who posed as “Susan Tennenbaum, CEO of Biomax,” to capture undercover footage of Planned Parenthood representatives discussing how they alter the abortion procedure to obtain the specific aborted babies' organs requested by researchers, as well as haggling over the price for rendering such services.

The attorneys filed two motions to dismiss Planned Parenthood's case against her and demand that Planned Parenthood pay Merritt's costs yesterday with federal Judge William Orrick, who was named to the bench in 2013 by President Obama.

As a result, “she should be awarded reasonable attorneys’ fees and costs” directly from Planned Parenthood's bank account.

“Sandra has bravely stood up to a heavily funded corporation and exposed the truth of their brutal practices. She should be rewarded, not punished by our legal system,” said Liberty Counsel founder and chairman Mat Staver.

A separate motion asks Judge Orrick to dismiss Planned Parenthood's lawsuit, saying the nation's largest abortion chain lacks standing to bring the case and has failed to establish any of its legal allegations.

Much of Planned Parenthood's involvement can be dismissed, it says, because any of Merritt and David Daleiden's purported crimes involved their recording of the National Abortion Federation's annual convention in April 2014. That may allow NAF to object, but not Planned Parenthood.

Planned Parenthood cannot claim an “invasion of privacy” because, as a business, it has no such expectation, it says. “Plaintiffs here are not seeking to vindicate their patients’ rights to obtain an abortion,” the complaint says, “but to vindicate a purported right of privacy in their own corporate business transactions.”

Claims that Merritt and Daleiden engaged in unfair business practices are erroneous, the complaint states, because their meetings with Planned Parenthood officials “did not yield any agreements or transactions.”

Planned Parenthood has said that, by using a false name and identification, the pair of investigative journalists gained fraudulent access to their premises, where they videotaped dissections of unborn children and discussions of the amount of money Planned Parenthood receives, seemingly without incurring any expense, a possible federal felony.

The attorneys quoted a previous court ruling that stated, “in a case where consent was fraudulently induced, but consent was nonetheless given, plaintiff has no claim for trespass.”

Finally, they say Merritt and Daleiden cannot be held responsible for any alleged damage the revelations caused to Planned Parenthood's bottom line, because it is the abortion provider's own fault.

“It is the discussions of altering abortion procedures and harvesting and selling baby body parts revealed in the videos, not Ms. Merritt’s identification of herself as Susan Tennenbaum of BioMax, that caused any purported business injuries alleged by” Planned Parenthood, including numerous state and federal investigations that the organization's national officers teach affiliates how to skirt the law, they wrote.

The case is scheduled to be heard on July 6. But whatever happens, the Center for Medical Progress will not relent.

“Sandra is not intimidated by Planned Parenthood's bullies,” said Harry Mihet, chief litigation counsel for Liberty Counsel. “Their efforts to hide the truth and chill free speech will fail.”