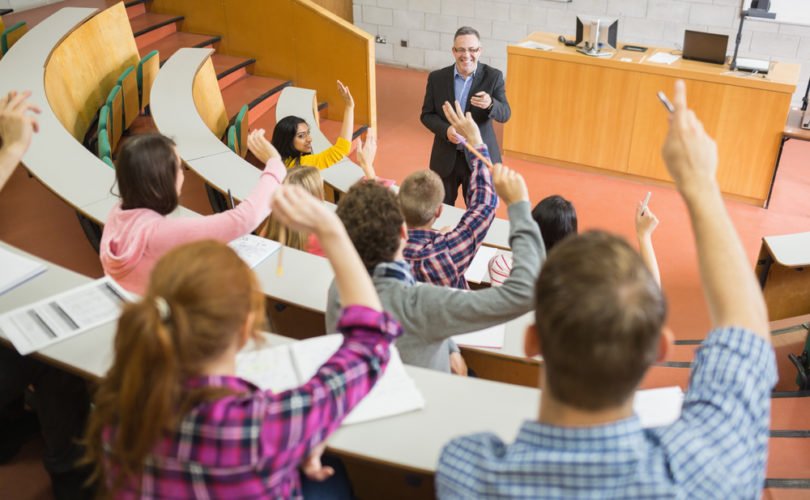 WASHINGTON, D.C., December 8, 2015 (LifeSiteNews) – Sex education promoting “positive representations of LGBT-related topics” may be coming to a school near you, thanks to a partnership among Planned Parenthood, a sex education group, and three LGBT organizations.

According to a document published by the organizations, abstinence-only education and traditional views on family are eschewed in order to provide LGBT students with education that empowers sexual relationships between members of the same sex. “In qualitative research conducted … LGBTQ youth reported either not having any sex education in their schools or having limited sex education that was primarily or exclusively focused on heterosexual relationships between cisgender people (people whose gender identity matches their sex assigned at birth), and pregnancy prevention within those relationships,” it claims.

The groups – which include Advocates for Youth, GLSEN, the Human Rights Campaign, and Answer – say that “lesbian, gay, bisexual, transgender, queer, and questioning (LGBTQ) youth need and deserve to learn in settings that are inclusive of their experiences[.]”

The groups also say that traditional values are not constructive. Their program specifically criticizes federal funding of abstinence-only education, and claims that noting that men and women are functionally different “reinforce[s] gender stereotypes and heterosexual relationships.” It also targets the idea that “[t]he only safe sex is in a marriage relationship where a man and a woman are faithful to each other for life” and disparages criticism of single-parent families and of the destruction of marriage in America.

Ascend president Valerie Huber, whose organization promotes abstinence among teenagers, told LifeSiteNews that the effort to “normalize teen sex” is part of “a sex education agenda that increases risk for youth.”

“They are, in effect, creating a new sexual double standard, that insists that LGBTQ students should be receiving sex education that differs from the student population in general,” she explained. “We believe that all youth deserve the encouragement, skills, and information that will help them avoid all sexual risk. We believe that youth, regardless of their sexual orientation, are better served if they avoid sex and focus on their education and future goals instead.”

Perhaps surprisingly, the groups say their goals include “[d]elaying the age of first sexual intercourse,” “[r]educing the overall number of sexual partners” students have, “[r]educing unintended teen pregnancy,” and “[r]educing rates of teen HIV and other sexually transmitted infections (STIs).”

Additionally, the group document declares, “Comprehensive sex education delivered in schools from kindergarten through 12th grade is the best way to provide truly LGBTQ-inclusive sex education and ensure positive sexual health outcomes for all youth” – something refuted by numerous studies that show that sexual abstinence until marriage is best for relationships and children.

“The CDC reveals that LGBTQ students are at increased risk for a variety of risk behaviors,” continued Huber. “Rather than normalizing risky activities, health classes and sex education classes should help all youth aspire to a worry-free and risk-free adolescence by giving them the skills to avoid all risk, including sexual risk.”

“Social science research tells us that high expectations move students forward toward optimal health and low expectations do the opposite. The Planned Parenthood et al sex education proposal uniquely offers low expectations to LGBTQ youth, putting them at even greater risk. Such should not be the case.”

“As long as schools teach sex ed, it should follow the paradigm used for addressing other risk behaviors, and that is by encouraging youth to avoid all sexual risk – and, if they are already engaged in sexual risk, to move toward a risk-free lifestyle in the future.”