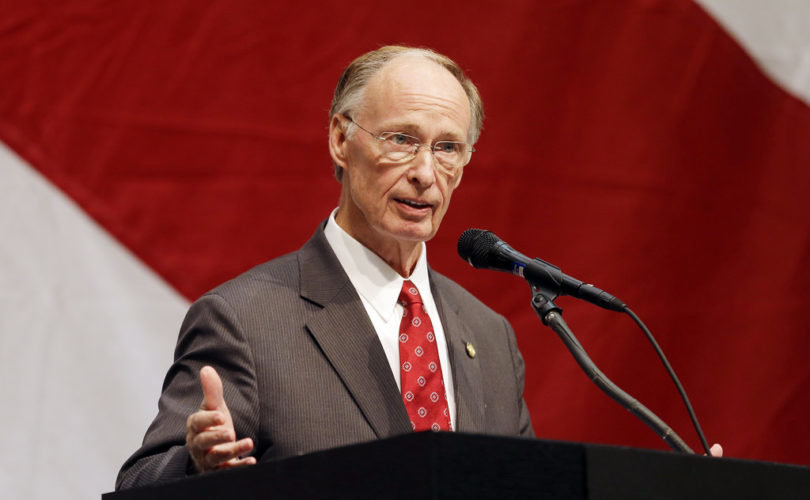 September 8, 2015 (LifeSiteNews) – Another state has become Planned Parenthood's legal target as the abortion giant filed suit in an Alabama federal court last week to block removal of its Medicaid funding.

Alabama Governor Robert Bentley notified Planned Parenthood Southeast Inc. August 6 that the agreement between the abortion chain and the Alabama Medicaid Agency would be terminated in 15 days.

The governor's move is one of many in response to the nation's largest abortion provider having been recently exposed as trafficking the remains of babies aborted at its facilities.

“The deplorable practices at Planned Parenthood have been exposed to Americans, and I have decided to stop any association with the organization in Alabama,” the Republican governor said in a statement. “As a doctor and Alabama's Governor, the issue of human life, from conception to birth and beyond, is extremely important to me. I respect human life, and I do not want Alabama to be associated with an organization that does not.”

Planned Parenthood had 60 days to file a request for the fair hearing with the Alabama Medicaid Agency, according to a report from AL.com.

The ACLU of Alabama filed the lawsuit August 28 on behalf of Planned Parenthood in the U.S. District Court in Montgomery.

“This is yet another attempt by the State of Alabama to impermissibly target abortion providers for unfair treatment,” Susan Watson, executive director of the ACLU of Alabama, said in a statement.

The ACLU complaint attempts to hype the abortion behemoth as women's health care provider of choice.

An Alabama Planned Parenthood facility was recently given the lightest possible punishment by Alabama health officials for its not reporting two abortions it performed within four months last year on a 14-year-old – in part because state officials trust that clinic employees acted in good faith.

It wasn't the first time Planned Parenthood has failed to report the statutory rape of a minor in Alabama.

Planned Parenthood facilities across the country have been caught violating state reporting laws in videos recorded by undercover investigators working with Live Action.

In the suit, Planned Parenthood claimed that it “provides critically needed family planning and preventive health services to thousands of women and men in underserved Orleans and East Baton Rouge Parishes through the Medicaid program.”

Alabama is one of several states to have been threatened by the Obama administration for taking action to defund Planned Parenthood.