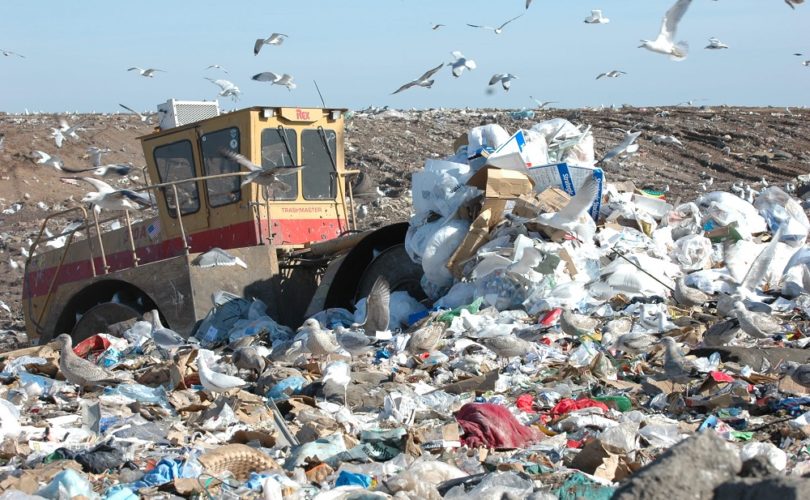 CINCINNATI, Ohio, December 15, 2015 (LifeSiteNews) – Planned Parenthood is suing the state of Ohio in response to Attorney General Mike DeWine's charge that the abortion giant dumps its aborted babies in landfills.

After the Center for Medical Progress released undercover videos revealing Planned Parenthood trafficking in human baby parts for profit, DeWine began an investigation to make sure the heinous practice was not going on in Ohio. What he discovered was equally alarming: Planned Parenthood disregards state law requiring humane disposal of aborted babies.

“In the course of our investigation, we learned that aborted fetuses are ultimately disposed of in landfill sites – apparently intermingled with other common residential and commercial trash,” DeWine wrote in a letter to the Ohio Department of Health.

Ohio law requires that “a fetus shall be disposed of in a humane manner.”

DeWine said he plans to file court papers seeking an injunction to prevent Planned Parenthood from disposing of fetal remains in landfills. “Disposing of aborted fetuses from an abortion by sending them to a landfill is callous and completely inhumane,” he charged.

Planned Parenthood did not deny that they dispose of baby's dead bodies in landfills, but officials characterized DeWine's announcement as a politically motivated attack on abortion.

Jerry Lawson, CEO of Planned Parenthood Southwest Ohio, claimed, “We work with licensed medical removal companies to handle fetal tissue respectfully and safely[.] … [T]his is just part of his longstanding political agenda to ban abortion in all cases. We won't let that happen.”

Stephanie Knight, President and CEO of Planned Parenthood of Greater Ohio, echoed the same talking points. “Today, we're asking a federal court to prevent the state from this plainly political attempt to restrict women's access to safe and legal abortion.”

“Little aborted babies' bodies are being dumped in landfills as if they are garbage,” Paula Westwood, executive director of Right to Life of Greater Cincinnati, wrote in a press release. “This evidence will add further trauma to women who have experienced abortion, and is an especially sad revelation at Christmas when heaven touched earth in the birth of a child.”

Ms. Westwood told LifeSiteNews, “Abortionists are consistently treated with kid gloves – given exceptions and permitted to keep operating while lawsuits, investigations, and findings of wrongdoing continue.”

The pro-life leader opined, “Abortionists must be required to follow the same health and safety medical standards as any other ambulatory surgical facilities, be subject to surprise inspections, and be closed if they do not comply.”

“It is hoped that attorneys general in all states conduct similar investigations of abortion businesses,” Ms. Westwood concluded. “And as is being done at the federal level to more fully identify abuses against the law, such investigations must include all abortionists, not just Planned Parenthood.”

Ohio Right to Life is working with state legislators on a bill that would force abortion facilities to bury or cremate aborted babies' remains and strengthen informed consent for mothers.