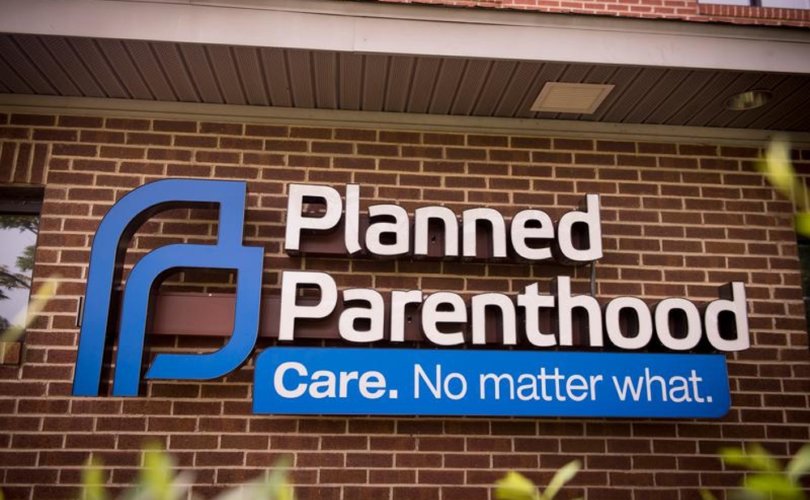 COLUMBIA, South Carolina, July 30, 2018 (LifeSiteNews) – Planned Parenthood is going to court in South Carolina in hopes of reversing an executive order excluding it from the state’s Medicaid plan.

Earlier this month, Republican Gov. Henry McMaster used his line-item veto to strip more than $15 million in tax dollars to abortionists out of the latest state budget, $100,000 of which would have gone specifically to Planned Parenthood facilities. He also issued an executive order disqualifying abortion facilities as Medicaid providers.

“I have stated many times I am opposed to what Planned Parenthood is doing. And the veto I have is the most direct way,” McMaster explained. “There are a variety of agencies, clinics, and medical entities in South Carolina that receive taxpayer funding to offer important women's health and family planning services without offering abortions.”

Planned Parenthood South Atlantic and a patient filed a lawsuit in U.S. District Court on Friday seeking a preliminary injunction against the order, the Post and Courier reports. They argue that both judicial precedent and federal law establish that Medicaid patients can visit any qualified provider they want, including Planned Parenthood.

“Gov. McMaster ordered (Health and Human Services) to continue reimbursing family planning providers because he recognizes how important those services are,” McMaster spokesman Brian Symmes responded in a statement Friday. “But like millions of South Carolinians, he believes in the fundamental right to life for unborn children and does not believe tax dollars should go to organizations that perform elective abortions, and he will fight this foolish lawsuit with everything he has.”