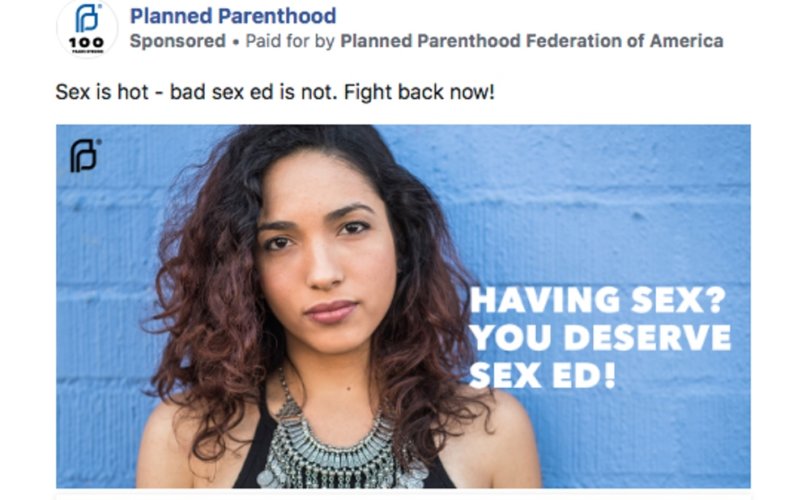 June 6, 2018 (LifeSiteNews) – Many conservatives have expressed fear about Facebook’s latest restrictions on politics-related advertisements, but the accompanying database has already provided a silver lining.

Facebook recently began requiring publishers to submit identification and mailing addresses in order to run advertisements of a “political” nature in the United States, ostensibly to prevent foreign election interference. All political ads on Facebook or Instagram dated May 7, 2018 or later will be stored in a searchable archive for up to seven years.

A wide variety of non-political advertising and educational or journalistic material touching on politics has already been improperly flagged by the system, and even several leading national newspapers have come out against the new rules. However, the database has already been used to uncover some alarming ads from Planned Parenthood.

At LifeWay Social, Chris Martin writes that he used the database to uncover a pair of ads in which the Planned Parenthood Federation of America (PPFA) is promoting a petition against abstinence education. One features a picture of a condom on a banana, while the other declares that “Sex is hot – bad sex ed is not.”

Other ads in the series feature the recurring tagline, “Having sex? You deserve sex ed!” The analytical data for the ads reveals that the overwhelming majority of the people seeing them are girls, and that the ads are reaching children as young as age thirteen.

“Whatever you think about sex, sexual education, or Planned Parenthood, you should take notice at the audience receiving these ads,” Martin says. “Planned Parenthood is using Facebook ads to tell middle and high school students that ‘sex is hot.’”

He also notes that the ads appear to violate Facebook’s own rules, which say any promotion of condoms must be focused on their contraceptive function and cannot be targeted at audiences younger than age 18, and cannot focus on “sexual pleasure.”

“Despite those rules, Facebook’s ad system is somehow permitting an organization whose business model relies on young people being sexually active to deliver content that promotes sexual activity among people under the age of 18,” Marten laments. “That’s a problem.”

It would not be the first time Facebook bent the rules for a political ally. In March, former Obama for America media director Carol Davidsen revealed that Facebook allowed former President Barack Obama’s campaign to take users’ personal information because “they were on our side.” The social media giant is one of several tech companies currently embroiled in an ongoing scandal over alleged discrimination against conservative users and groups.