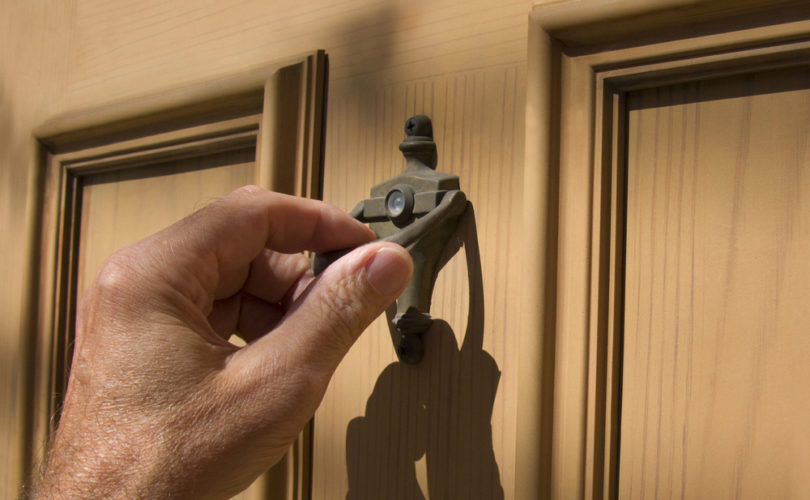 A new study on persuasion shows the lengths the homosexual movement will go to advance its agenda and also how pro-homosexual advocates collaborate with Planned Parenthood to promote abortion.

Sending homosexual individuals door-to-door to speak with people in person was highly effective in changing their view of homosexual “marriage,” the study found, and the same method is now being employed in an attempt to normalize abortion, with financial backing from the nation’s largest abortion provider.

The study, titled When contact changes minds: An experiment on transmission of support for gay equality, was published earlier this month by the journal Science and conducted over 12 months using the Los Angeles LGBT Center’s political canvassing tactics, according to a report by the Washington Post.

Led by University of California, Los Angeles doctoral student Michael LaCour and Columbia political science professor Donald P. Green, it found that a 20-minute personal discussion brought about a change in attitude that not only lasted, but also spread to others in the household as well. The change documented in the study was also more effective when the contact was made by someone who identified as homosexual.

“We’re optimistic that our approach can be adapted to persuade voters on other issues,” LA LGBT Center Vote for Equality Director Dave Fleischer said in a statement. “We’re currently canvassing to reduce prejudice against transgender people and, with funding from Planned Parenthood, to increase support for abortion and reduce the stigma against those who have one. The research data from those projects is preliminary, but very encouraging.”

Fleischer, who is homosexual, moved to California from Ohio in 2009 to work against the state’s 2008 pro-marriage ballot measure Proposition 8, according to a report by Bloomberg.com, and he used to work for radical Saul Alinksy’s community organizing group Industrial Areas Foundation.

Fleischer spent “roughly half his career working for gay groups and the remainder for other campaigns and causes on the left,” the report said, and he was the impetus behind the canvassing campaign’s jump over to pushing abortion.

“On the left, it has become a source of frustration that the swift acceptance of gay rights has not been accompanied by a broader liberalization of sexual attitudes, particularly around reproductive issues,” Bloomberg.com said. The “stubborn” issue of abortion was something else Fleischer had his eye on, it said.

“That’s where the anti-abortion side has succeeded,” Fleischer said. “They’ve made people feel that to speak up and say something positive about abortion is something where you risk disapproval, then you’d be suggested to a certain amount of stigma. This is even truer around abortion than it is same-sex marriage.”

Fleischer intended to frame the discussion with the pro-abortion canvass around personal identity as opposed to right and wrong, according to the Bloomberg report, since it was his position that opposition to abortion is founded in a stigma toward women who have had or could have an abortion.

The campaigns’ first step is to specifically target demographics known to oppose the issue.

Canvassers in the pro-homosexual campaign were sent to Los Angeles-area neighborhoods where Proposition 8 had 2-to-1 support.

Mirroring a drug-trial, the study assigned groups to receive either “treatment” or a placebo, the New York Times reported, treatment being a visit to their home by either an openly homosexual canvasser or a straight one, both starting a scripted conversation. The placebo was either a talk about recycling or no canvassing at all.

“Instead of robotically delivering the message,” Fleischer told the New York Times, “we coached canvassers to be respectful, to listen, to ask questions and dig deeper, and not to judge voters.”

Voters canvassed on marriage swung by around 20 percent in favor of same-sex “marriage,” as gauged by a five-point scale, the Times report said.

“The data show that in 20 minutes, the Los Angeles LGBT Center’s volunteer canvassers accomplished what would have otherwise taken five years at the current rate of social change,” Fleischer said in his statement. “How did we do it? Our team had heartfelt, reciprocal and vulnerable conversations on the doorsteps of those who opposed marriage for same-sex couples, and volunteers who were LGBT came out during their conversations.”

He approached Planned Parenthood Los Angeles, the CEO of which had sat on the anti-Proposition 8 campaign board, and asked if the LGBT Center could manage its canvassing program.

The abortion giant teamed with the Los Angeles LGBT Center last fall just before the 2014 midterm elections to put this into motion, the Bloomberg report said. Both the homosexual activist group and the nation’s largest abortion purveyor brought people in to talk to voters about abortion.

Training for the pro-abortion canvass was much more extensive than the usual political canvassing preparation, according to Bloomberg.com, with 90 minutes set aside to groom volunteers for three hours of door-knocking and making personal connections.

Those leading the pro-abortion canvassing session recognized that the earlier pro-homosexual canvassing uncovered a low-cost technique that both activated and hastened the process of changing minds, the Bloomberg report said, offering a plan of action instead of passively waiting for opinions to move further in their direction.

The campaigns will continue, in addition to canvassing on abortion and the transgender issue, campaigns are being conducted on illegal immigration and gun violence.

This effort to normalize abortion is the latest by the pro-abortion movement, dismantling the previous mantra that abortion should be “safe, legal and rare.”

Live Action News reported earlier this month how abortion supporters claim that because one in three women are supposed to have had an abortion, that this statistic itself should remove the abortion stigma. Live Action pointed out that the frequency of something’s occurrence does not change it from immoral to moral.

Pro-life activist Abby Johnson wrote last month about how abortion promoters use deceptive language to frame the debate. Johnson, the former director for a Texas Planned Parenthood, said she’d been told to tone down her message so it would be more palatable to abortion supporters. She said it was time for pro-lifers to stop apologizing for delivering the truth.

In May of this year a New Jersey abortion counselor released a video sensationalizing her own abortion, saying, “I feel super good about having an abortion,” and, “Women and men have been thirsting for something like this. You don’t have to feel guilty.”

Pro-life supporters reacted earlier this year as well after the attempt to normalize abortion via film with the supposed romantic comedy Obvious Child was a dreadful failure.