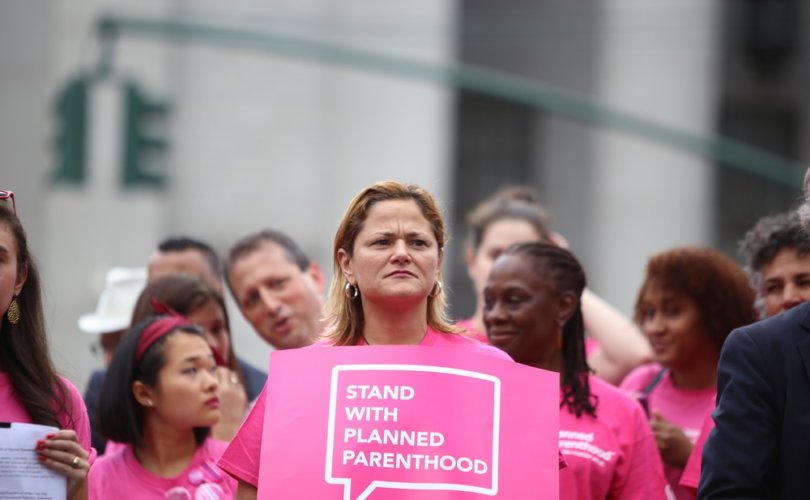 October 10, 2019 (LifeSiteNews) – Planned Parenthood Votes (PPV), the super PAC of the nation’s largest abortion chain, announced Wednesday it plans to spend at least $45 million in 2020 on keeping Democrat control of the U.S. House of Representatives, wresting the U.S. Senate from Republican hands, and ousting President Donald Trump from the White House.

The money will go towards “large-scale” multimedia advertising, mail, and on-the-ground canvassing focusing on Arizona, Colorado, Florida, Michigan, Minnesota, New Hampshire, North Carolina, Pennsylvania, and Wisconsin, The Hill reports, centered around the message that Republicans at the state and national levels are engaged in a “coordinated attack” on Roe v. Wade.

“The stakes are higher than ever, and we're coming out more powerfully than ever with the largest investment we've ever made,” PPV executive director Kelley Robinson told The Hill. “We know we're going to have a critical role mobilizing those folks to win back the Senate and expand the path to 270 to win back the presidency.”

Several pro-life leaders and commentators responded by questioning how the political spending squares with the abortion giant’s claims to be dependent on taxpayer dollars:

Planned Parenthood is dumping $45 million dollars into proabortion candidates. But I thought they didn’t have any money to provide “healthcare?” So which is it?? Clearly, they aren’t concerned with healthcare for women. My reaction on Fox this morning. https://t.co/KeXW4GY7Ua

Planned Parenthood: “If you cut any of our tax funding women will die!”

Also Planned Parenthood: “We have 45 million dollars to spend on a political campaign.” https://t.co/1ZQzQIG1is

Planned Parenthood received $563.8 million in taxpayer dollars during the most recent fiscal year, and has expressed outrage that the Trump administration has cut almost $60 million from that sum by disqualifying abortion groups frrom Title X family planning grants. This is despite the facts that the organization not only enjoys almost a billion dollars in annual private revenue and contributions, but will continue to receive over $500 million from taxpayers even without the Title X money.

“According to its latest annual report, Planned Parenthood and its political arms were able to spend $160 million last year for ‘public policy’ and ‘movement building’ and to ‘promote health equity’ and ‘engage communities’ as well as another $85 million on fundraising,” Live Action wrote. “Planned Parenthood is in essence weaponizing the taxpayers’ own money against them.”