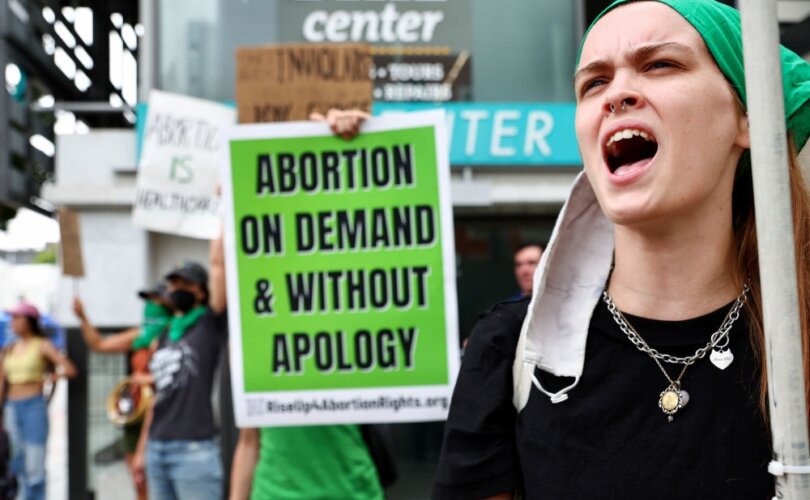 In a Thursday Twitter thread, Walsh spotlighted a nine-page 1969 memo by Frederick Jaffe, the then-Vice President of the Center for Family Planning Program Development, the Technical Assistance Division of Planned Parenthood-World Population.

In the memo, Jaffe responded to questions regarding a potential national population policy, its reasons for implementation, and specific methods that could be implemented to reduce population gain in the U.S.

At the end of the memo, Jaffe included a chart of suggested depopulation methods based on research papers and conferences, including the 1964 book “Too Many Americans:  Tomorrow’s Issue.”

Proposals for a national population control effort, according to the chart, could include the restructuring of the family (through the delay or avoidance of marriage and alteration of the “ideal family size”), as well as the encouragement of homosexuality and a push for more women to work outside the home.

Other options outlined in the chart included the widespread distribution of contraception, incentives for sterilization and abortion, the provision of both abortion and sterilization “on demand,” and even the “compulsory abortion of out-of-wedlock pregnancies.”

In a Thursday podcast episode in which he discussed the memo, Walsh remarked that prior to a modern rebranding of abortion as “reproductive health” and a woman’s “right to choose,” the pro-abortion movement had been more “explicit” and “direct” about its inherently eugenicist motivations.

Noting that some of the proposals, including compulsory abortion for out-of-wedlock pregnancies, haven’t “yet come to pass,” Walsh observed that “a great many of them have.”

RELATED: Matt Walsh’s documentary ‘What is a Woman?’ is a groundbreaking exposé of transgender lies

“It took them several decades, but Planned Parenthood even found a way to implement their mass sterilization plan,” Walsh added, pointing out that Planned Parenthood has become involved in the movement to promote and perform sterilizing transgender procedures for youth and adults.

“This is the dystopian future that Planned Parenthood predicted, and advocated for, and fought to establish, and now we’re living in it,” he said.

The racist and eugenicist history of Planned Parenthood has long been documented.

In 2020, amid the social unrest after the death of George Floyd, Planned Parenthood of Greater New York announced its plans to scrub from its NYC “health center” the name of the abortion giant’s founder Margaret Sanger.

An avowed eugenicist who argued that “birth control is nothing more or less than the facilitation of the process of weeding out the unfit [and] of preventing the birth of defectives,” Sanger also admitted she wanted to “exterminate” the black population through abortion and birth control.

In April 2021, Planned Parenthood put out a document denouncing its founder while claiming that its current work, which has contributed to the disproportionate killing of preborn black and disabled babies, is neither racist nor eugenicist.

Walsh is currently on a nationwide college tour promoting, discussing, and screening his blockbuster Daily Wire original documentary: What is a Woman?

The politically provocative commentator was also leading a rally against transgender surgeries and drugs for minors at the Tennessee State Capitol in Nashville on Friday, October 21.