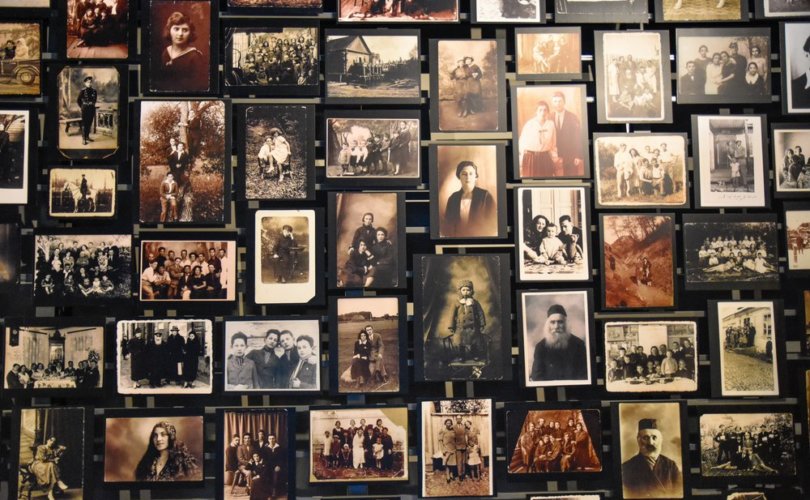 Images inside the Holocaust Memorial Museum in Washington, DCshutterstock.com

Sunday, January 27 was the annual Holocaust Remembrance (or Memorial) Day, established by the United Nations to fall on the anniversary of the liberation of Auschwitz-Birkenau in 1945, with the goals of “confront[ing] hatred, prevent[ing] genocide, and promot[ing] human dignity.” The United States Holocaust Memorial Museum estimates that six million Jews died in the Holocaust, along with millions of Soviets, Poles, Polish and Serb civilians, gypsies, Jehovah's Witnesses, political and resistance prisoners, and homosexuals.

On Sunday, PPAF marked the occasion with a tweet claiming to “remember the tremendous, immeasurable human cost of bigotry” and “reaffirm that there can be no place for antisemitism, racism, homophobia, transphobia, or *any* form of hatred in our communities, our politics, and our country.”

On #HolocaustMemorialDay, we remember the tremendous, immeasurable human cost of bigotry — and we reaffirm that there can be no place for antisemitism, racism, homophobia, transphobia, or *any* form of hatred in our communities, our politics, and our country.

It is estimated that since Roe v. Wade, more than 60 million babies have been killed via abortion in the United States. Planned Parenthood alone commits roughly a third of U.S. abortions annually. Accordingly, the tweet provoked a wave of disapproving responses:

HELL NO @PPact you don’t get to talk about this. You are the ultimate form of bigotry as you destroy over 900 humans every day because you don’t consider them human. You are the center of the American Holocaust. #HolocaustMemorialDay #HolocaustRemembranceDay #PlannedParenthood https://t.co/vk2OQn7G1N

You do realize that the Holocaust happened because those in power dehumanized a vulnerable group of people based on an arbitrary standard of “personhood,” and that you guys use the same exact reasoning to commit similar atrocities against babies, right? https://t.co/q9iWEyrfpR

#PlannedParenthood, the #Holocaust was so devastating because the loss of innocent human life & negative impacts it had in our world

Group responsible for stopping millions of heartbeats weighs in on memorial day for the Holocaust.

“Not a person” #ProLife pic.twitter.com/LoTZUQhRoK

“[This] is typical of the intersectional Left, which has subsumed anti-Semitism under the broader rubric of Leftist politics,” conservative commentator Ben Shapiro responded. “The issue when it comes to the Holocaust isn’t the dehumanization and slaughter of innocents anymore – now it’s ‘bigotry’ writ large […] Better to be vague about the Holocaust, to broaden it to a miasmatic evil, so that the Holocaust can be linked with whatever trendy cause Leftists wish to promote that day.”

Pro-life groups, meanwhile, marked Holocaust Remembrance Day by calling attention to the millions of children whose personhood continues to be ignored in America. “We remain committed to exposing and fighting the systematic dehumanization of ‘certain classes of people,’ including our most vulnerable brothers & sisters in the womb,” Live Action said.

“When we remember, let’s not forget those we still dismember,” the Radiance Foundation urged.