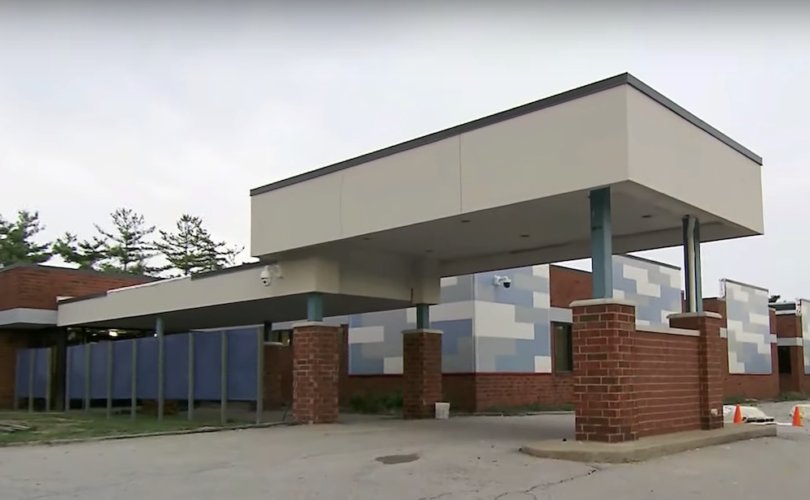 FAIRVIEW HEIGHTS, Illinois, October 2, 2019 (LifeSiteNews) – Planned Parenthood revealed Wednesday that over the past year it has secretly been constructing an 18,000-square-foot “mega-clinic” in Illinois, which is expected to become an abortion destination for women traveling across the nearby Missouri border.

CBS affiliate KMOV reported that Planned Parenthood secretly began constructing the facility in August 2018 under the auspices of a shell company to avoid pro-life protesters and delays from dealing with vendors who wouldn’t want to do business with the abortion industry. CBS additionally reported that it cost almost $7 million and is expected to see an estimated 11,000 women a year.

“We were really intentional and thoughtful about making sure that we were able to complete this project as expeditiously as possible because we saw the writing on the wall,” Planned Parenthood of the St. Louis Region and Southwest Missouri chief medical officer Colleen McNicholas said. “Patients need better access, so we wanted to get it open as quickly as we could.”

The facility, one of the largest in the United States, is slated to start taking patients later in October. It is expected to help Missouri abortion seekers compensate for any loss of “access” caused by the possible closure of Missouri’s last remaining abortion center, which is just 13 miles from the “mega-clinic.”

That facility, in St. Louis, is currently locked in a legal battle with the Missouri Department of Health and Senior Services over the renewal of its abortion license. State health officials have given the Planned Parenthood facility 30 citations of medical malpractice, including complications in four surgical abortions.

“Planned Parenthood pretends that abortion is just another form of healthcare, but their practice of deceiving local communities shows otherwise,” Pro-Life Action League executive director Eric Scheidler said in a statement. “Abortion is violence, and even those who support legal abortion don’t want to live next door to that violence.

“But they will not go unopposed,” Scheidler vowed. “We will confront this latest abortion center in Fairview Heights with our peaceful, compassionate, life-saving outreach.”